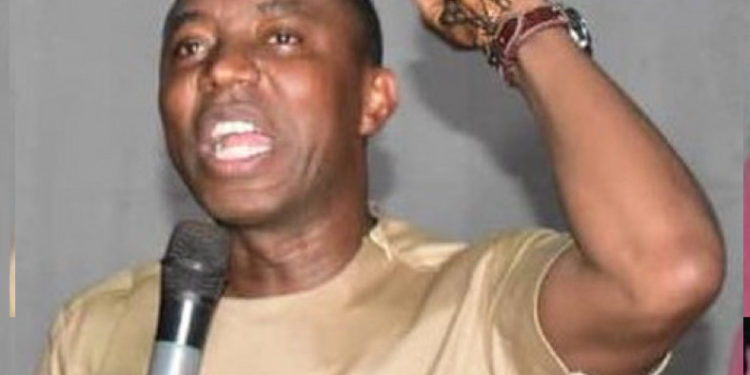 Justice Ijeoma Ojukwu of the Federal High Court in Abuja has threatened to jail the Director-General of the State Security Service (SSS), Yusuf Bichi.

The judge gave the warning in Abuja on Monday in response to the failure of the SSS to release the detained publisher of Sahara Reporters, Omoyele Sowore, and his co-accused, Olawale Bakare.

Earlier this month, in a court order dated November 12, the judge said the SSS must release Mr Sowore as directed by the court or it would be guilty of contempt and liable to be committed to prison.

“Take notice that unless you obey the direction contained in the order of the Federal High Court of Justice, Abuja made on the 6 November 2019, which ordered you to release the Defendants/Applicants in Suit No; FHC/ABJ/CR/235/2019 forthwith, you will be guilty of contempt of court and will be liable to be committed to prison. A copy of the said order of court earlier served on you is hereby annexed for your on-the spot reference.

“This court has been informed that even as at today, Tuesday the 12 November 2019 you are yet to comply with the lawful order of the Federal High Court by refusing to release the Defendants/Applicants namely: Omoyele Stephen Sowore and Olawale Adebayo Bakare (MANDATE), in your custody. You are hereby directed to comply with the court order forthwith or you will be guilty of contempt of court,” the document read.

The Federal High Court had ordered the immediate release of Messrs Sowore and Bakare from prison on October 21.

Mr Sowore, who was arrested on August 3 by SSS for planning a protest popularised with the hashtag #RevolutionNow, was granted bail for the second time on October 18.

A previous bail granted the defendant on September 24 was not complied with by the SSS.

There have been growing calls for the release of the accused persons, with many condemning the government of President Buhari for their arrests and charges.

Mr Sowore’s lawyer, Femi Falana, defended his client’s choice of the word “revolution” for the August 5 protest that later held in some parts of the country.

The lawyer said even the Supreme Court does not regard a revolution as a lawful offence.

“Even a coup that sustains the statuesque has been said not to be a revolution by the Supreme Court,” he said.

“Buhari called for a revolution in 2011 like that of Egypt which was evidently violent.

“Only in 1948 was someone charged for staging a protest. And the charge was sedition,” he said.

Mr Falana asked the court to grant Mr Sowore bail on self recognizance.

He said various courts had decided on the rights of Nigerians to peaceful protest and that the court had ruled during a case instituted by Mr Buhari’s party that a police permit was unnecessary for the conduct of protests in a free society.

Mr Falana said the prosecution had argued that Mr Sowore may jump bail like the separatist leader, Nnamdi Kanu. He, however, argued that the allegations against Mr Sowore do not support that claim.

Aside from the court’s threat to imprison the SSS boss, Mr Sowore has also filed a suit against the agency.

He is asking the court to order the SSS to pay him N500 million as damages for his detention and violation of fundamental rights.