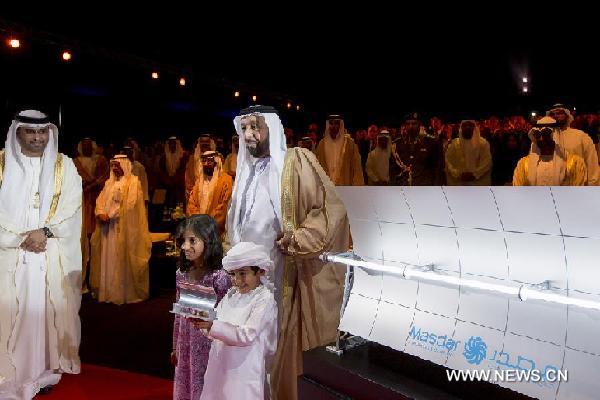 The president applauded Shams 1 as a major milestone in the country’s economic diversification and a step toward long-term energy security, saying that the plant demonstrated the UAE’s commitment to maintaining its position as a major provider of energy.

The UAE, a major oil supplier, aims to reduce its dependence on oil and gas for domestic power needs to 75 percent until 2030 from the current 99 percent.

As the biggest step so far, Sharms 1 will contribute to Abu Dhabi’s goal of getting seven percent of its energy from renewable source by 2020.