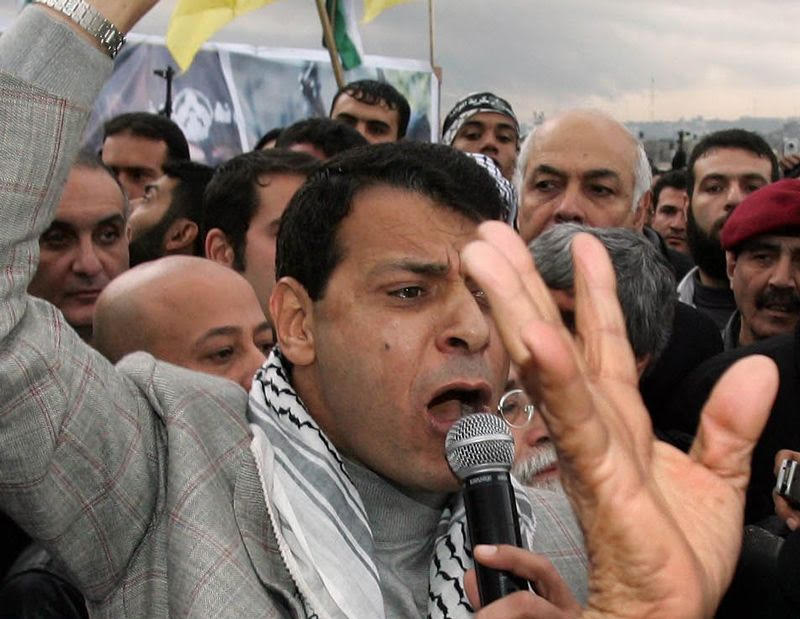 With attention in the Middle East focussed on the Gulf crisis, the United Arab Emirates is elsewhere seeking to reshape the region in ways that could alter its power dynamics. The UAE’s latest effort concentrates on clipping the wings of Hamas and installing its own man in the Gaza Strip in a move that would likely strengthen cooperation with Israel, potentially facilitate an Israeli-Palestinian peace agreement, and take the Jewish state’s increasingly close ties to the Gulf state out of the shadows.

The UAE effort involves a carrot and stick approach in which Israel and Palestine Authority (PA) President Mahmood Abbas play bad cop while Egypt is the good cop in a pincer move that is intended to weaken Hamas, the Qatar-backed Islamist group and Muslim Brotherhood offshoot that controls Gaza.

A lowering of public sector salaries in Gaza by Mr. Abbas and reduced electricity supplies by Israel at the Palestinian leader’s behest drove Hamas into the arms of the UAE and Egypt as the International Red Cross and other international agencies warned of an impending calamity.

Hamas was conspicuously absent from a list of demands presented to Qatar two weeks into the five-week-old Saudi-UAE-led campaign to force Qatar to halt its support of militants and Islamists. Saudi Foreign Minister Adel al Jubeir had initially included Hamas at the beginning of the Gulf crisis among the groups the campaign was targeting.

Hamas’ exemption coincided with a series of meetings in Cairo between Hamas, Egyptian intelligence and Mohammed Dahlan, a UAE-backed, Abu Dhabi-based controversial former Palestinian security chief and arch rival of Mr. Abbas who is manoeuvring to succeed the Palestinian leader.

Mr. Dahlan, who is believed to be close to UAE Crown Prince Mohammed bin Zayed as well as Israeli Defense Minister Avigdor Lieberman, is alleged to have played a role in other covert UAE operations, including a failed effort to boost the country’s human rights image at the expense of that of Qatar. Mr. Dahlan went into exile in the UAE in 2007 after Hamas defeated his US-backed efforts to thwart the group’s control in Gaza. Mr. Dahlan has since been indicted by the PA on corruption charges.

The deal being hammered out in Cairo would allow Mr. Dahlan to return to Gaza in a power sharing agreement with Hamas that would undermine the position of Mr. Abbas and loosen the Israeli-Egyptian blockade of Gaza that has choked the impoverished strip.

Egypt and the UAE have already moved to alleviate the economic crisis in Gaza in a bid to sweeten the deal. Egypt has begun to send diesel fuel at market prices, but without taxes imposed by the PA, and has signalled that it would open the crucial Rafah border crossing between Gaza and the Sinai.

Associates of Mr. Dahlan were reported to be preparing the border station for re-opening with a $5 million donation from the UAE. Egypt reportedly is supplying barb wires, surveillance cameras and other equipment to enhance border security. The UAE, moreover, has earmarked $150 million to build a power station and has hinted that it would fund construction of a port.

“If the plan does come to fruition, it could make an Israeli-Egyptian dream come true… It will ensure a fine profit for all sides, except for Abbas and Palestinian aspirations to establish a state,” said prominent Israeli columnist Zvi Bar’el.

Mr. Bar’el argued that the deal would widen the gap between Gaza and the PA-controlled West Bank, halt ties between Hamas and Islamist insurgents in Sinai where an Islamic State-affiliate this week claimed responsibility for the killing of 23 Egyptian soldiers, allow Egypt to lift the blockade of Gaza and flood it with Egyptian goods, empower a Palestinian leader that Israel believes it can do business with, ease pressure on Israel that has repeatedly been condemned for the blockade, and roll back the influence of Qatar and Turkey, Hamas and Gaza’s main supporters.

The effort to weaken Hamas and return Mr. Dahlan to Palestine is part of a six-year, UAE-driven, Saudi-backed effort to roll back the achievements of the 2011 popular Arab revolts that toppled autocratic leaders in Egypt, Libya, Yemen and Tunisia and reshape the Middle East and North Africa in the two Gulf states’ mould.

The campaign included support for the 2013 military coup in Egypt that removed Mohammed Morsi, a Muslim Brother and the country’s first and only democratically elected president from office, and brought general-turned-president Abdel Fattah Al Sisi to power. It has culminated in the Saudi-UAE-led boycott of Qatar that has so far failed to force the Gulf state onto its knees.

Along the way, the UAE has supported forces in Libya opposed to the internationally recognized Islamist government and joined Saudi Arabia in a disastrous military intervention in Yemen even though the kingdom and the emirates differ on what a future Yemen should like and what Yemeni forces the alliance should align itself with.

In the process, the UAE, Saudi Arabia and Israel have found common ground in their opposition to Iran and Islamist forces.Pilots from Israel and the UAE flew side-by-side in March in an exercise with the air forces of the United States, Italy and Greece. The UAE has bought military equipment from Israel worth hundreds of millions of dollars and allowed Israel to open in 2015 a diplomatic mission in Abu Dhabi that is accredited to the International Renewable Energy Agency rather than the Emirates.

Turkey, which has backed Qatar in its dispute with Saudi Arabia and the UAE and has sent troops to the Gulf state, has suggested that the UAE funded last year’s failed coup aimed at overthrowing Islamist President Recep Tayyip Erdogan, a watershed event in modern Turkish history.

Daily Sabah, a, a newspaper with close ties to the government of Mr. Erdogan’s ruling Justice and Development Party (AKP), as well as anonymous Turkish foreign ministry sources accused the UAE of having pumped $3 billion into the failed coup that the president blames on Fethullah Gulen, a Turkish imam who lives in exile in the United States.

Hamas appeared in May to want include Gaza in efforts to rewrite the political map of the Middle East when it adopted a new statement of principles that for the first time accepted a two-state solution to the Israeli-Palestinian conflict. The document endorsed “the establishment of a fully sovereign and independent Palestinian state, with Jerusalem as its capital along the lines of June 4, 1967,” a reference to Israel’s borders on the eve of the war in which the Jewish state captured the West Bank and the Gaza Strip.

The UAE-driven, Saudi-backed effort to reshape the Middle East has so far had mixed success. Its main success story is Egypt. Military intervention has driven Yemen to the edge of the abyss; Libya is in the throes of a civil war and jihadist insurgency; Syria has been wracked by civil, jihadist and regional proxy wars; and Qatar has so far refused to bend to the UAE and Saudi Arabia’s will. A UAE-Egypt engineered power sharing agreement in Gaza between Hamas and Mr. Dahlan would constitute a welcome second success.