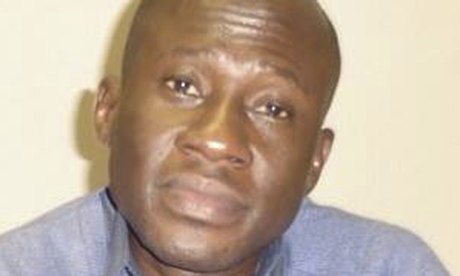 Home Office officials were refusing to comment on Saturday evening on an apparently botched effort to deport a seriously ill man from Britain by private plane. A jet chartered by the government was forced to return to the UK with Nigerian Ifa Muaza and immigration officials still on board, after a 20-hour flight that saw the plane prevented from entering Nigerian airspace. It diverted to Malta, where an angry dispute broke out with the authorities over the plane’s right to use its airstrip.

The aircraft then had to return to Britain, landing at Luton, where Muaza, a failed asylum seeker who was said last week to have been near death after a 100-day hunger strike, was taken off by stretcher and returned to Harmondsworth detention centre near Heathrow. The flight is estimated to have cost the Home Office £95,000- £110,000. Muaza was the only detainee on board, according to sources.

On Saturday night lawyers and supporters of 47-year-old Muaza, who has won support from numerous politicians, human rights groups and celebrities, were trying to stop a second deportation. “It’s an unbelievable fiasco and we are very worried about his health. He is very weak,” said one.

Lord Roberts, a Liberal Democrat peer, told the Observer he was delighted Muaza was back in the UK but horrified that he had been forced to endure the attempted removal. “I saw him on Tuesday when a doctor had judged him too sick to fly,” he said. “Goodness knows what state he must be in now the poor man. He needs hospital treatment. We should know the cost of this private jet. We’ve already heard this case has cost some £180,000.

“[The home secretary] Theresa May must consider her role immediately. She has caused immense harm to one individual and spent an extraordinary amount of taxpayers’ money. I hope there will be no question of sending this poor man away again.”

The Home Office has used private jets for at least two previous deportations. One was the return of hate cleric Abu Qatada to Jordan in July.

Sources at the detention centre said that staff “were horrified” at Muaza’s medical condition. Doctors at the centre have six times ruled that he is too ill to be held there, while staff were put on notice of “an imminent death”, believed to be that of Muaza, last week.

A letter from Roberts to the home secretary appealing for clemency for Muaza was co-signed by a group of cross-party MPs and peers. After it was revealed on Wednesday that a ticket had been booked on a flight to Abuja, the Nigerian capital, Lib Dem MP Sarah Teather called on Virgin Atlantic to refuse to accept Muaza on the plane due to the concerns about his health.

On Saturday night Teather said she was “truly, truly, appalled” at the treatment of Muaza. “To put a well man through this kind of stress and journey would be bad enough, but to do it to a man in such a desperate condition? Well done, Theresa May, you proved your toughness at the expense of your humanity. This should give everyone pause for thought. I cannot see why this was in anyone’s interest.

“That the government is rushing to deport a man prepared to starve himself to death rather than be returned says everything about the culture of disbelief towards individuals fleeing persecution that is a defining characteristic of the UK’s asylum process,” she told Politics.co.uk.

“I find it hard to believe that a man who has refused to eat for over 90 days is playing the system and being wilfully manipulative. These are the actions of a desperate man who clearly fears for his safety should he be returned to Nigeria.”

John Packer, the bishop of Ripon and Leeds, had also spoken against the deportation, saying Muaza was in clear danger in his native country after defying the terror group Boko Haram by refusing to join their ranks.

Award-winning actors, theatre directors, playwrights, lawyers, leading NGOs and community organisations have also written to May to appeal on behalf of the hunger striker.

JD: What has President Jonathan,who was quick to intervene in Asari Dokubo’s case in Benin,done about this Nigerian who has been on hunger strike for 90 days?