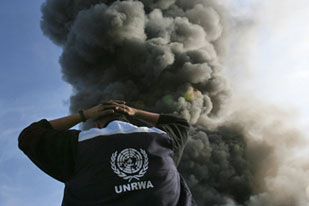 Britain’s decision to join the 2003 US-led invasion of Iraq was made 18 months before the invasion in exchange for an oil “prize”, newly revealed documents say.

British foreign intelligence service MI6 had said nearly 18 months before the invasion that the “prize” for removing the executed Iraqi dictator Saddam was “new security to oil supplies,” said the newly declassified documents published by The Daily Mail on Friday.

According to the papers, master spies at the MI6 had talked out the issue with the then cabinet ministers, to which they openly supported “regime change” in Iraq. The plan included a coup to topple Saddam’s regime, the secret papers said.

Related: NewsRescue-CIA Chief, deadly lies, confessions and all that shameful stuff since 911

The documents, which Sir Richard Dearlove, the then head of the MI6 had discussed with then Prime Minister Tony Blair’s top foreign policy adviser Sir David Manning on December 2001, even included plans, which could “head off” the US government from pursuing regime change in Iraq.
[ad#medium]
These documents add credibility to critics arguments that the real motive of the United States and Britain to go to war with the Iraqi regime was to control the country’s vast oil deposits.

A Middle East expert at MI6 identified only as ‘SIS4’ had written one of the reports.

“At our meeting on 30 November we discussed how we could combine an objective of regime change in Baghdad with the need to protect important regional interests which would be at grave risk,” Dearlove wrote to David.

The MI6 report also admitted three months after the 9/11 attacks on the United States that there was “no convincing intelligence (or common sense) case” that Iraq supported extremists, The Telegraph reported.

Without UN authorization, Britain joined the US in March 2003 in invading Iraq to topple the Saddam regime based on claims of stockpiling weapons of mass destruction.

More than eight years after the invasion, no trace of WMDs has been found, with hundreds of thousands of civilians killed and millions more got sick or dislocated from their place of birth.