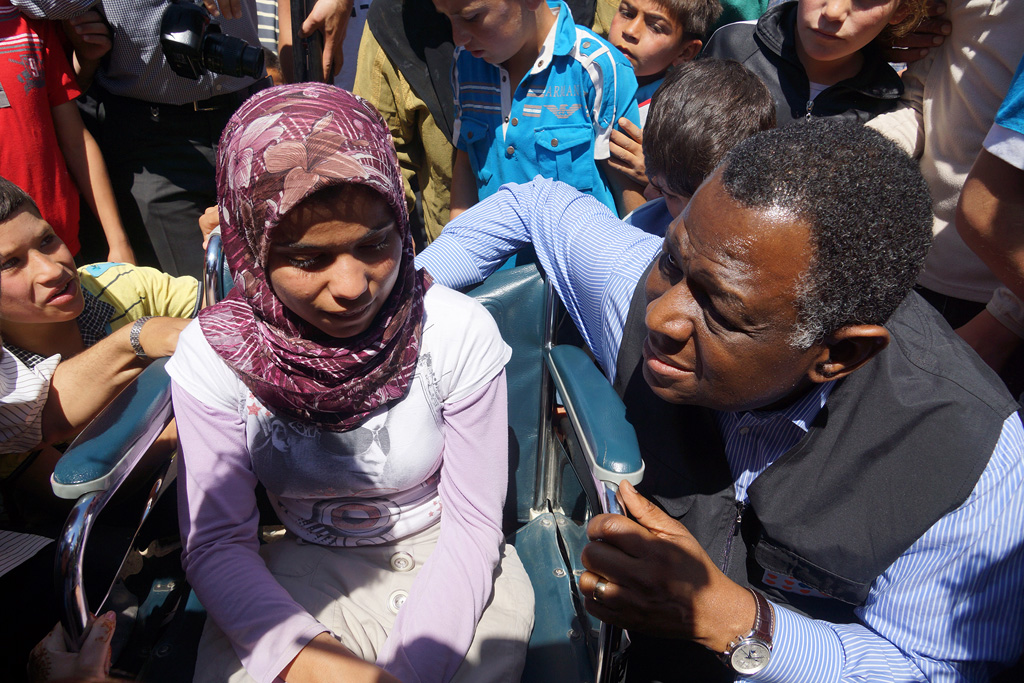 5 June 2017 – Secretary-General António Guterres and other senior United Nations officials have paid tribute to Babatunde Osotimehin, the Executive Director of the UN Population Fund (UNFPA), who passed away suddenly this morning at the age of 68.

“Dr. Osotimehin was admired globally for his leadership of the UN Population Fund and for his forceful advocacy for the world’s women and girls in particular,” said Secretary-General Guterres in a statement.

“The world has lost a great champion of health and well-being for all.”

A renowned global public health leader, Dr. Osotimehin was widely regarded for his work on sexual and reproductive health. He was appointed as the head UNFPA in November 2010 and assumed office on 1 January 2011. He also held senior positions in the Nigeria, including the country’s Minister of Health.

In his statement, the UN chief also recalled Dr. Osotimehin’s “calm yet ardent efforts” that helped families avail of sexual and reproductive health services they needed, as well as his work in helping the world advance the landmark 1994 Cairo Programme of Action on Population and Development, which continues to serve as a comprehensive guide to people-centred development progress.

“His voice was invaluable over the years, including his time as Nigeria’s Minister of Health, in pressing for family planning, women’s education, children’s health and action on HIV/AIDS as vital ingredients in human progress,” he added, offering his sincere condolences to Dr. Osotimehin’s family, the staff of UNFPA as well as to the Government and people of Nigeria.

Also today, UNFPA said that Dr. Osotimehin’s passing was a “devastating” loss for the agency and the people – especially women, girls and youth – to whom he dedicated his life.

“Dr. Osotimehin was bold and never afraid of a challenge and his strong leadership helped keep the health and rights of the world’s women and girls high on the global agenda. He understood that the world’s 1.8 billion young people are truly its greatest hope for the future,” read a statement issued by the UN agency.

UNFPA is dedicated to continuing Dr. Osotimehin’s grand vision for women and young people and will continue to stand up for the human rights and dignity of everyone, particularly the most vulnerable adolescent girls, the statement added.

“Dr. Osotimehin was a constant partner and respected leader in the global effort to provide essential health care to women and adolescents around the world,” said Mr. Lake. “He was also a vocal advocate for improving collaboration across the UN family, with a focus on achieving results, especially for the poorest and most disadvantaged.”

Phumzile Mlambo-Ngcuka, the Executive Director of UN Entity for Gender Equality and the Empowerment of Women (UN Women) also expressed her sadness at Dr. Babatunde’s passing, noting that the world lost “a brother” in its fight for gender equality and women’s empowerment.

“His death reminds us of all that we remember and celebrate in his life: his drive to advance issues central to progress in women’s lives, […] his tenacity in pursuing the end to harmful practices at a time that the agenda is under adversity [and] the solid, essential underpinning work on data collection, and our partnership on joint UN programmes,” she added.

Also, the head of the Joint UN Programme on HIV/AIDS (UNAIDS), Michel Sidibé, also recalled the life and work of Dr. Osotimehin, noting that he will be remembered for improving the lives of women and young people and promoting sexual and reproductive health.

Dr. Osotimehin qualified as a doctor from the University of Ibadan, Nigeria, in 1972, and went to the University of Birmingham, England, where he got a doctorate in medicine in 1979. Among other honours, he received the Nigerian national honour of Officer of the Order of the Niger in December 2005. He led several councils, including in the World Economic Forum.

He was married, had five children and several grandchildren.