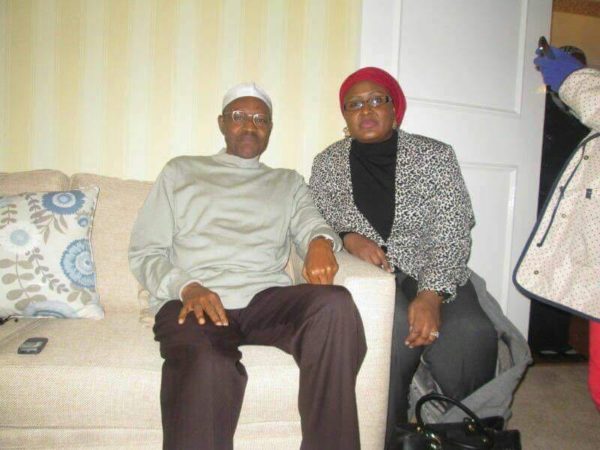 It has been uncovered that Nigeria’s ailing president Muhammadu Buhari spoke to United States president Donald Trump through an intermediary.

President Trump had a half-hour conversation with his Nigerian counterpart, media reported, however NewsRescue investigations have found that the two presidents only exchanged greetings and the actual conversation was conducted by an aide to Nigeria’s president under pretense of ‘accent clarity’ obstacles.

NewsRescue has reported that due to metastatic prostate cancer disease which has affected Buhari’s liver and kidneys the president who fainted severally in Aso rock before being flown abroad also has debilitating cognitive mental functioning. The president has low energy and capacity to maintain conversation. This is part of thy Nigeria’s president has been unable to speak with the country or make a video recording to allay fears about the severity of his condition.

“A guy spoke for him. I believe it was that guy who plagiarized the “Change Begins With Me” speech he delivered that spoke with President Trump, not Buhari,” the source relayed on condition of anonymity.

Buhari has remained in London for a month as he undergoes rigorous chemotherapy sessions for cancer and awaits organ transplant from Saudi Arabia, sources said. The United Kingdom system was unable to offer the transplant to the out-of-commission president due to his age and ethical recommendations.

President BUhari’s media aides had claimed that the call by president Trump to Buhari was the first call to an African leader; a claim PREMIUMTIMES has debunked citing earlier calls to Egypt’s Al Sisi and South Africa’s Zuma.