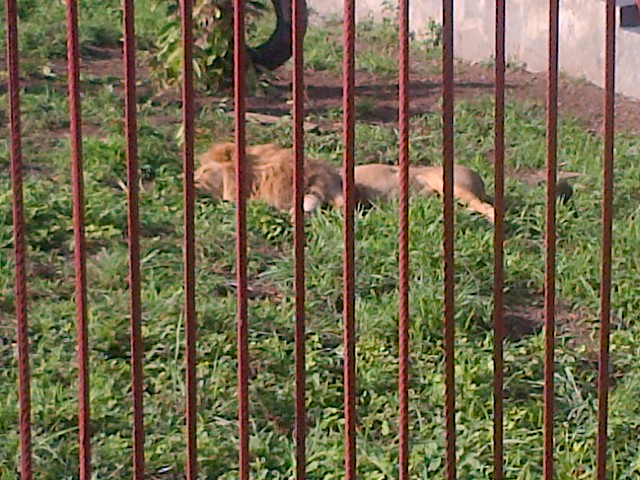 NewsRescue– A visit to the University of Ilorin will prove most thrilling and pleasantly surprising. Ilorin as a whole has shown great achievements in development. Slowly, but quietly, this transit town with limited resources, not being an oil producing state, has shown great promise and magnetism for investors. Shoprite malls and other fast food centers litter the town. But if you are looking for that extraordinary vacation experience, UnIlorin has it to offer under the dynamic vision of the Vice Chancellors developments, Professor Ishaq Oloyede.

A visionary and unlike many Nigerian leaders who travel, see things and come back home only thinking about how to keep their pockets and bellies fat. Professor Oloyede is described as a man who when he travels, whatever he sees, he thinks of bringing and seeing it at home. And that is the story of the new University of Ilorin.

The drive from the gate of the college to the campus, a 10 minute drive, used to be along winding roads in dense forest. But this has been replaced with a beautiful landscape. It is now possible to see the campus buildings right from the gate, due to the wonderful changes.

There have been dynamic changes to the college infrastructure, including state of the art amphitheaters and lecture rooms and more. No surprise Unilorin has been listed as a best institution in Nigeria and Africa at large. But this is not the topic here.

The terrain is now beautified with a modern Zoo, a water park, complete with canoes and canoe riders, a waterfall among other things.

Prof. Oloyede’s visionary proactive nature can best be observed when you go to gain access to the Zoo. You must by tokens, “coins,” to gain entry and slot these in the gate. This protects accountability and provides orderliness.

Inside the Zoo are all types of animals, including snakes, Lions, giraffes, exotic and wild birds to mention a few. It is a most pleasant recreational experience.

Of course, you would have noticed the overhead walkway at the gate, which is also most impressive. Spend sometime at the water park and take a ride in a canoe to complete your University recreation experience in Ilorin, the friendly town, then visit again.

We took a few pictures and found online a story that details the technical and economic aspects of the Oloyede Unilorin Zoo wonder:

WeeklyTrust- Many contemporary Nigerian universities have been bogged down by inadequate financing coupled with their inability to look inwards and explore means of generating funds to augment government subvention. The federal government has persistently challenged universities to devise means of improving their internally generated revenue to mitigate the shortage of funds in running the university.

This, many believe is the philosophy driving the newly upgraded University of Ilorin biological garden known as Unilorin zoo. The garden has been in existence for long and served as a practical centre for students of the Department of Zoology of the university, but the last administration of Professor Ishaq Oloyede as the Vice-Chancellor upgraded the garden and equipped it with animals for the benefit of the students and the general public.

Weekly Trust gathered that over N100 million was invested in the zoo which was commissioned by the Minister of Education, Professor Rukayyatu Rufai who represented the visitor, President Goodluck Jonathan during the last convocation ceremony of the university.

It was learnt that the university has opened the zoo to members of its community and the general public for recreation. The zoo located beside the University gate is now visited by children and adults both during the week and weekends to catch a glimpse of the animals and also relax.

Besides, the zoo is also used as a picnic venue and events centre for birthday celebrations at fixed rate. The Vice-Chancellor of the University, Professor Abdulganiyu Ambali said the zoo, apart from serving the general public, was aimed at providing relaxation and recreational opportunities for students within the campus. He said, “Unilorin zoo is another recreational facility for students and opens from 7am to 6:30 or 7pm which means within the confines of the campus you have all you need as far as getting the best education in Nigeria is concerned.”

Using the garden as a recreation facility, it was learnt, used to be free, but with the new rate now, it has now become a revenue generating venture for the university. Weekly Trust learnt that with the increasing popularity of the zoo in Ilorin community and its environs, the university has enhanced its internally generated revenue from the charges collected from visitors.

The Chairman of the Zoo Management Board, Prof. Adeolu Ande told Weekly Trust that the university made N1.3million in December, last year from gate fees collected from visitors.

This, he said, is a quantum leap from the Zoo’s usual monthly income of between N800,000 and N900,000 since the upgrade of the zoo because of the festivities, adding that the zoo recorded boost in the number of visitors.

“Last December, we recorded N1.336 million from the gate intakes due to the festive period, but in other months we usually make between N800, 000 and N900,000 from visitors to the Zoo”.

He said “when you are in the zoo, it takes courage and added pocket value to climb the suspended canopy walk-way. You know some people are below and they usually appreciate and encourage those who are climbing the suspended canopy walk-way. We had it in October last year and when we started we made N45,000, then in November, we made N74,000 and in December, we generated N173,000.”

The don said the suspended canopy walk-way alone generated N173, 000 last December as against the N45,000 it made last October when the structure was first opened to the public”. It was also gathered that N200 is charged per head for climbing the animals.

Ande, who is a former Head of Zoology Department said despite the commendations the university zoo and botanical garden has been receiving from visitors in recent times, the invaluable targeted standard to educate, entertain and satisfy the desires of visitors to the zoo is yet to be met.

The chairman said though the zoo has continued to record increase in the number of visitors on account of the acquisition of more quality animals and a resultant increase in income generation, there is still a lot of room for improvement and this will be achieved with continuous upgrading of the facilities at the zoo and botanical garden.

He said the university now has a new garden located close to the Lake side, which caters for guests who may not be interested in seeing animals, but who just want a relief from the hustle and bustle of the city to relax in a serene garden. He noted that the zoo has attracted a lot of people from the host community who come around for leisure.

According to him, the zoo management is making efforts to acquire more animals to add value to the recent 150 meters high canopy walk-way, which provides an interesting and unique experience especially for children.

He said the quality of animals acquired in recent times, fencing and landscaping of the zoo, and the children playground are opportunities for all age brackets, adding that “in addition to the conscious effort in paid advertisement, visitors who come to the zoo also assist in publicising it to their friends and this has also increased the zoo’s revenue.”

Prof. Ande noted that the zoo has just started growing and it looks forward to having a more fascinating gate, seating arenas, and a media centre where children can watch video clips and documentaries on animals, noting that the school also invests heavily in feeding, housing and providing a breeding environment for the animals in the zoo.

The zoo’s Curator, Mr. M.O. Iyoha, noted that most animals found in the zoo were captured in the wild and tamed through the comfort the zoo provides, adding that the animals do not pose any significant threat to each other, because they know their territories within the zoo as they do in the wild.

Iyoha called on members of the public who have animals that can add value to the zoo to donate such to the university, disclosing that the lion and some of the geese in the zoo were all gifts from friends of the university.

The school also recorded high patronage on Thursday due to the Valentine celebration with fun-seekers and loves thronging the venue to experience the breeze and the serenity of the atmosphere. Those who spoke described the environment as enthralling and educating.

Mr. Saliu Gbolahan said the environment apart from being ok and interesting is also educating. “You have knowledge of some wild animals you have not seen before”. He, however, urged the management of the zoo to ensure proper maintenance of the environment.

Also Catherine Olugbenga, a 300-level student of Geology of the university said “coming here for the second time, the environment has really improved unlike when I came here when I was in 100 level. Now, we have more animals like porcupine, python, lions and so on.”