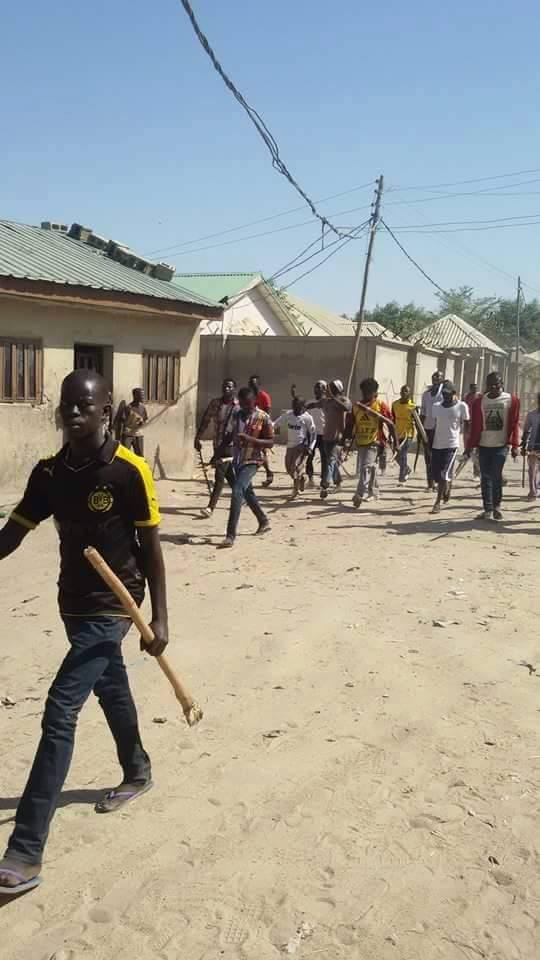 Members of the vigilance group popularly called Civilian JTF have offered to complement the effort of relevant agencies in providing security for the Independent National Electoral Commission officials during the next general elections in the North-East.

They said if requested, they were ready to support the security agencies in all capacities to ensure the security of INEC officials in the troubled region.

The Civilian JTF said aside from supporting the security agencies to prevent any likely attack on the people by the Boko Haram terror group on the election days, its members would also ensure the protection of the electorate while casting their votes.

The Civilian JTF spokesperson and legal adviser, Jibrin Gunda, who spoke with Saturday PUNCH on Thursday, assured that the group would oblige any request made to it by relevant authorities in the area of security of lives and property.

Gunda said, “Our role is to provide security and if INEC makes a request to us to help in this regard, we will oblige.

“We are aware of the security situation in the Northeastern states of Borno, Yobe and Adamawa, and it is our duty to ensure that our communities are safe and secure. So, if INEC or any other constituted authority requests for our role during the forthcoming general elections, we will be much willing to play the role.”

Gunda, however, dismissed threat by the Boko Haram sect that elections would not hold in the North-East as balderdash, saying the video showing the threat could have been manipulated to deceive the people.