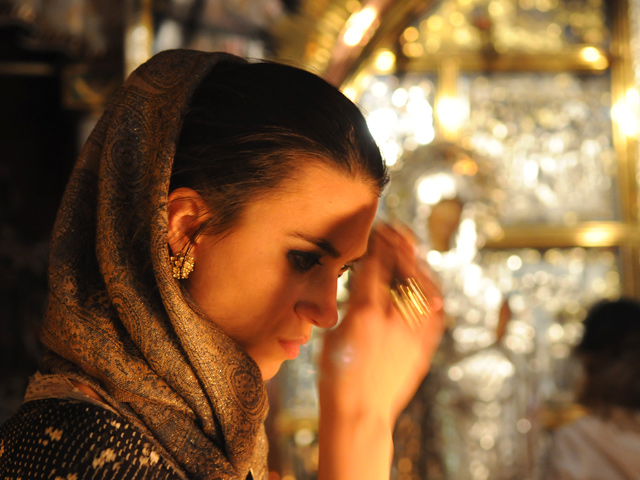 The Middle East, the birthplace of the three divine religions, is one of the most important regions in the world. Every country has unique faith systems, however, even in multicultural states, most faith groups live an introverted life under oppression. Not everyone has the compassion over the groups accepted as minorities in various countries as they should be; especially Christians, who constitute only the 4% of the region today. They are encountering inconceivable persecution, which is increasing day by day. Consequently, Christians are forced to flee from all over the region at an accelerating pace in the last decade, reminiscent of the aftermath of WWI. It is alarming to hear that 2015 has been the “worst year in modern history for Christian persecution,” according to a human rights organization that monitors the persecution of Christians since the 1950s. As per their recent statistics, over 7,000 Christians were killed and more than 2,400 churches were damaged in 2015.1

Due to the persecution, the number of Christian population has diminished dramatically in the Middle East where Christianity used to make up 20% of the religious population last century.2 The difficulties they confront vary from church attacks to murders or murder plots and from blasphemy to dhimmitude. Even if they do not experience these actions themselves, most of them flee out of fear. Similarly, today, only around 200,000 inhabit my home country Turkey, where 2 million Christians used to live in 1920. The most dramatic dwindle in Christian population is in Syria due to the ongoing war that caused a huge influx of refugees to the neighboring countries. Christians now amount to about 900,000 in total. Copts began leaving Egypt in significant numbers after the 1952 revolution. In Iraq there are only 500,000 Christians that remained out of the 1.5 million 10 years ago.3 Broadly, the Middle East Christian population has declined from 14% in 1910 to 4% today. Regrettably, religious leaders fear that Christianity might disappear in the region where it was first born 2,000 years ago.4

It is worrisome to see Christians leaving their homeland because of fear of attacks, slanders or accusations. It would be a great sin to make them live an anxious life. They have been loyal to Jesus (pbuh) for 2,000 years. Many have been killed, martyred, beaten, sworn against yet they have been persistent in their devotion to their faith. They see this as a sign of Jesus’ reminder in the Gospels: “…ye shall be hated of all nations for my name’s sake.” (Matthew 24: 9) They are religious people who believe in the existence of God, the hereafter and should be treated with compassion and respect. Some seek to stir enmity between Christians and Muslims to wage a war between them. Thus, they spread Christian-hate propaganda wherever they get a possibility. In reality, even though the majority of Muslims do not want to admit, it is Muslims with radical tendencies that carry out this hate propaganda in the name of Islam. As a matter of fact, these people are acting contrary to the teachings of Islam. Yet, the command of God in the Qur’an is very clear: You will find the people most affectionate to those who have faith are those who say, ‘We are Christians.’ (5:82) But these people who have radical tendencies persecute, bomb and kill Christians, damage their churches, force them into exile. It is not only a sin but also a shameful and a very ugly deed. What they are doing is very dangerous and by showing enmity to Christians, unwittingly, they are attracting God’s scourges upon themselves.

According to the Qur’an, Christians should be approached in a compassionate manner: “Only argue with the People of the Book in the kindest way.”(29:46). In other words, God advises us to speak with them in a respectful tone. As Muslims, we should stand by Christians to ensure no radical can ever harm them. While the radicals are attacking the churches, they forget that churches are under God’s protection according to the Qur’an (22:40). Muslims who follow the Qur’an should atone for these actions by showing them utmost compassion and respect. Muslims who misinterpret the Qur’an and think Christians should be hated should also remember the Prophet Mohammed’s (pbuh) relations with them. They should remember how he and his companions took refuge in Najran, a Christian community. When the Christians of Najran visited him, the Prophet Mohammed spread out his robe on the ground for them to sit on and welcomed them in that fashion, which is only one of the many examples. The contract our Prophet made with the Najrans is also one of the finest examples of his understanding and justice: “The lives of the people of Najran and its surrounding area, their religion, their land, property, cattle and those of them who are present or absent, their messengers and their places of worship are under the protection of Allah and guardianship of His Prophet.”5 A good example where Muslims used to live in coexistence with Christians can be seen after the conquest of Syria; Muslims used to establish Friday prayers in the Church of St John in Damascus and Christians performed their religious obligations in the exact same church on Sundays.

We hope to live in harmony with our Christian neighbors just like the Prophet Mohammed did. It is once again the fabricated sayings that poisoned the Muslim societies, which made the radical-minded forget how Muslims should respect and love Christians. Some of them even have come to deny the verses where Christians are praised. In the view of Islam, denying any verses of the Qur’an means abjuring the faith. The first step to solve this scourge is removing this cancerous mindset by highlighting the verses of the Qur’an and dismissing these hateful, fabricated hadiths. Accepting that there is a persecution policy in Islamic countries against Christians and generating a panacea within the Islamic World rather than seeking accomplice in the West would be the wisest step. To eliminate this hatred policy from the states and peoples, the political leaders should make calming speeches embracing Christians and indicating that they are no different than other citizens and would always be respected with love and compassion. Furthermore, a great work falls to the non-governmental organizations and the youth. They may organize conferences to discuss how Christians should be respected and cherished and distribute leaflets, publish articles and analysis related with the same topic in several media organizations. Sending messages of love, respect, and compassion towards the Christians through social media would be heartening for them. We should be cognizant that our mission will not be accomplished until not one Christian left hurt both in Turkey or other Middle Eastern Islamic countries. We should let Christians in with confidence just like during the times of the Prophet Mohammed and never let them leave our side.

As a result of this erroneous mindset full of superstitions, I strongly condemn the blast in Pakistan on Easter Sunday and give my condolences to the families who lost their loved ones.