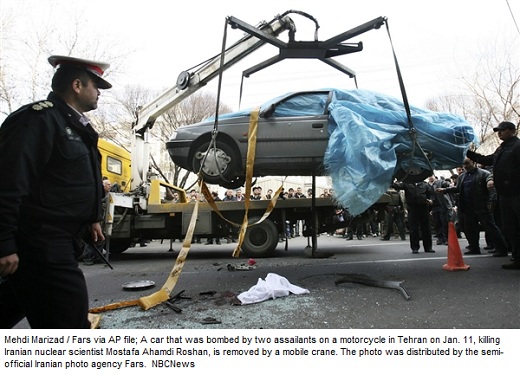 NewsRescue– CNN just reported that Hillary Clinton, US Secretary of state will be de-listing the  Mujahedin-e-Khalq, or MEK from the state department terror watch list. What this means, is that the members of this group will be able to pursue their interests, including funding and weapons; and will have unhindered travel rights.

Here is an excerpt from the CNN report:

Notification will be followed by formal removal in coming days from the list of Foreign Terrorist Organizations, which includes more than 50 groups like al Qaeda and Hezbollah. Clinton recently designated the Pakistani-based Haqqani network a foreign terrorist organization.

Here’s the problem however. Reza Marashi, Research Director, National Iranian American Council an an expert in Iranian and its regional affairs, clearly in March this year, in a detailed article published in Huffington post, decried and denounced this action. We believe he made a legitimate, strong case and the current direction the US Obama administration is headed is very worrisome, especially taking the recent case of the murder of Ambassador Stevens, by terrorists the US gave free passes in order to destroy the sitting Libya government, into consideration? Highlights from Reza’s article are below:

Money vs. Facts: The Mujahedin-e Khalq Is a Terrorist Organization

To date, I have personally remained silent on the issue in my public commentary in an effort to protect my former colleagues serving in the State Department’s Office of Iranian Affairs. My views are identical to theirs.

However, I can no longer remain silent. We are fast approaching a point of no return regarding the MEK’s terrorist designation, and my government is running the risk of making a disastrous mistake.

Allow me to explain.

Not one of my former State Department colleagues — zero — support de-listing the MEK. Their determination is not based on personal preference or policy ramifications. Rather, the facts of the case are indisputable.

Since NIAC launched its information campaign on the MEK nearly one year ago, I have been in close and continuing contact with the State Department. They are bewildered by the freedom of movement that a designated terrorist organization enjoys on Capitol Hill; disgusted by former U.S. government officials willing to make a quick buck by shilling for the MEK; and exasperated by senior-level political appointees who have allowed partisan politics to trump making an otherwise obvious decision that was not controversial a few short years ago.

A bit of context tells the real story.

In both 2006 and 2007, I helped review the MEK’s terrorist designation. I worked with my colleagues in government to review documentation dating from the 1970s to the present, and it was swiftly determined that the MEK’s terrorist designation remained warranted. This was during the Bush administration — which had an openly stated policy of regime change — and before neoconservative political appointees began jumping ship en masse toward late 2007.

When presidential administrations change, political appointees cycle in and out of government. Career public servants — which constitute the vast majority of State Department officials — transcend elections. Many of the same officials I worked with to reconfirm the MEK’s terrorist designation in 2006 and 2007 continue to serve in the Obama administration. The same evidence also remains in place.

If anything, the U.S. government now has more evidence to warrant a swift confirmation of the MEK’s terrorist designation. Obama administration officials recently confirmed to NBC News that the MEK is being armed, trained and funded by the Israeli government to murder Iranian scientists. This type of activity — politically motivated assassinations — is squarely within the U.S. government definition of terrorism that is used when designating foreign terrorist organizations (FTOs).

So, why we have reached this critical stage? Because even in the post-September 11th era, there has been lax enforcement of existing laws pertaining to FTOs. An illegal presence on Capitol Hill has allowed the MEK to build a disconcerting degree of political pressure vis-à-vis the Obama administration. Consistent inaction by the administration has exacerbated the problem. Only recently have they started to enforce the law, with former Pennsylvania governor Ed Rendell subpoenaed by the Treasury Department for his paid speeches in support of the MEK. This is a step in the right direction, and more subpoenas will surely follow — but is it too little too late?

It doesn’t have to be. Let me be clear: The requisite evidence to legally maintain the MEK’s terrorist designation is both ample and indisputable.

As one of the appeals court judges wrote in her ruling, “the classified portion of the administrative record provides “substantial support” for [the Secretary of State’s] determination that the PMOI [MEK] either continues to engage in terrorism or terrorist activity or retains the capability and intent to do so.”

The reasoning why the Obama administration has not publicly released this evidence is simple: releasing such information could compromise and damages sources; hamper future intelligence gathering; and jeopardize legal proceedings against alleged criminals involved in the case. This runs the risk of rendering U.S. national security less effective. A similar justification was used by the Obama administration when it withheld much of its collected evidence in the alleged Iranian government plot to assassinate the Saudi Arabian ambassador to Washington.

Secretary Clinton telling lawmakers that a decision on the MEK’s terrorist designation is pending in part to see if the group relocates is tantamount to an admission that the decision has nothing to do with whether or not the MEK is a terrorist organization. This couldn’t be further from the truth.

Simply put, it is unacceptable to delist a designated FTO in return for them agreeing to relocate. So long as the MEK’s organizational structure remains in place, it legally remains a terrorist organization — regardless of where its base is located. Furthermore, the precedent set by such a mistake would be an unmitigated disaster for the U.S. Does America want to open the door for other terrorist organizations to spend millions of dollars on lobbying to get off the terrorist list?

It’s time for the Obama administration to stop playing politics and start enforcing the law. Secretary Clinton and other senior-level officials may not hold their positions one year from now, but many of my former colleagues at the State Department will be left to clean up the mess. Political appointees and Congress must stop politicizing the MEK’s terrorist designation, and instead let career public servants do their job. This is how they can best uphold the law in pursuit of America’s national security interests.

Reza Marashi is director of research at the National Iranian American Council and a former Iran desk officer at the U.S. State Department. Read full