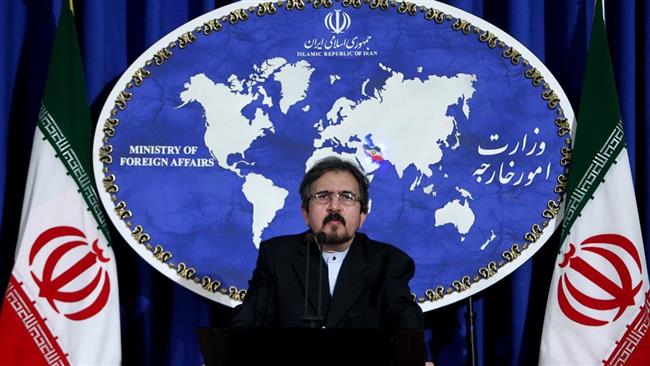 Iran has censured recent claims by a top adviser to US President Donald Trump about the Islamic Republic’s missile program as “baseless,” “repetitive,” and “provocative.”

In a statement released on Wednesday, White House national security adviser, Michael Flynn, claimed that Iran’s recent missile tests breached UN Security Council Resolution 2231, which was adopted in July 2015 to endorse a nuclear agreement between Tehran and the P5+1 group of countries.

Flynn added that Washington was “officially putting Iran on notice.”

Resolution 2231 urges Iran “not to undertake any activity related to ballistic missiles designed to be capable of delivering nuclear weapons, including launches using such ballistic missile technology.”On Thursday, Iranian Foreign Ministry Spokesman Bahram Qassemi rejected Flynn’s claims as “baseless, repetitive and provocative,” and said “none of the missiles have been designed to carry nuclear warheads.”

The Iranian official further emphasized that Iran’s missile tests are not in contradiction to Resolution 2231, adding that the country’s “legitimate defense policy complies with international regulations, and is under no circumstances negotiable.”

He added that such remarks “come while the Islamic Republic of Iran’s efforts to fight terror groups in the Middle East are not hidden to anyone; groups which enjoy direct or indirect financial, logistical and intelligence support of the US and its allies.”

Had it not been for Iran’s sincere cooperation with legitimate governments and nations in the region in their battles against terror groups such as Daesh, some capital cities in regional states would have fallen to terrorists, he added.

Such a move “proves once again the US officials’ disregard for international laws, rules and norms,” he said.

On January 27, US President Donald Trump signed an executive order, which blocked the entry of citizens from Iran, Iraq, Libya, Somalia, Sudan, Syria and Yemen into the United States for 90 days. It also suspended entry of all refugees for 120 days and barred Syrian refugees indefinitely.

Elsewhere in his remarks, the Iranian official stressed that the Islamic Republic’s regional policies are transparent, expressing Tehran’s keenness to have friendly ties with all regional states based on mutual respect and non-interference in their domestic affairs.