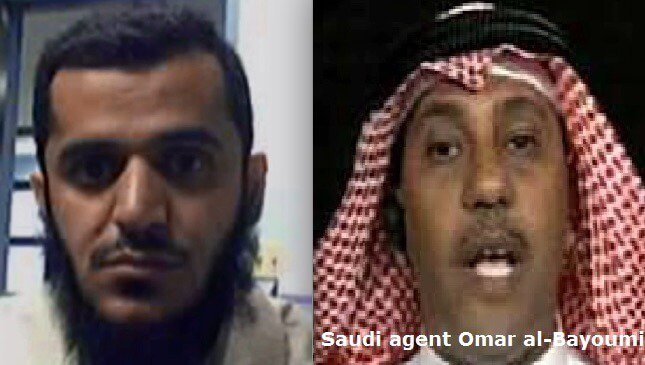 Investigators for the 9/11 commission would later describe the scene in Saudi Arabia as chilling.

They took seats in front of a former Saudi diplomat who, many on the commission’s staff believed, had been a ringleader of a Saudi government spy network inside the US that gave support to at least two of the 9/11 hijackers inCalifornia in the year before the 2001 attacks.

At first, the witness, 32-year-old Fahad al-Thumairy, dressed in traditional white robes and headdress, answered the questions calmly, his hands folded in front of him. But when the interrogation became confrontational, he began to squirm, literally, pushing himself back and forth in the chair, folding and unfolding his arms, as he was pressed about his ties to two Saudi hijackers who had lived in southern California before 9/11.

Even as he continued to deny any link to terrorists, Thumairy became angry and began to sputter when confronted with evidence of his 21 phone calls with another Saudi in the hijackers’ support network – a man Thumairy had once claimed to be a stranger. “It was so clear Thumairy was lying,” a commission staffer said later. “It was also so clear he was dangerous.”

An interrogation report prepared after the questioning of the Saudi diplomat in February 2004 is among the most tantalizing of a sheaf of newly declassified documents from the files of the staff of the 9/11 commission. The files, which were quietly released by the National Archives over the last 18 months and have drawn little public scrutiny until now, offer a detailed chronology of how the commission’s staff investigated allegations of Saudi government involvement in 9/11, including how the panel’s investigators flew to Saudi Arabia to go face-to-face with some of the Saudis believed to have been part of the hijackers’ support network on American soil.

The newly declassified documents may also help resolve the lingering mystery about what is hidden in a long-classified congressional report about ties between Saudi Arabia and the 9/11 attacks.

A former commission staff member said in an interview last week that the material in the newly released files largely duplicates information from “the 28 pages”, as they are commonly known in Washington, and then goes well beyond it.

Speaking on condition of anonymity for fear of angering his former colleagues, he said he was annoyed that so much attention has been focused on “the 28 pages” when, in fact, the commission had full access to the congressional report and used it as a roadmap to gather new evidence and witness accounts that demonstrated sinister connections between low-level Saudi government officials and a terrorist support network in southern California.

“We had lots of new material,” the former staffer said. Another, earlier memo from the commission’s files, unearthed last month by the website 28pages.org, which is pressing for release of the congressional report, lists the names of dozens of Saudis and others who had come under suspicion for possible involvement with the hijackers, including at least two Saudi naval officers. The memo, dated June 2003, noted the concern of the staff that earlier US investigations of the Saudi ties to terrorism had been hindered by “political, economic or other considerations”. Read full in TheGuardian