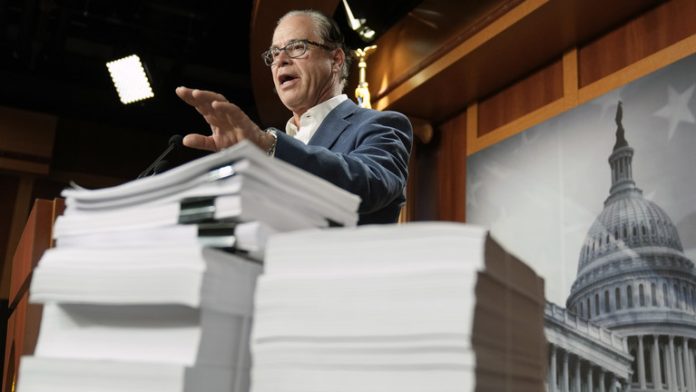 The current spending measure passed by the US Congress has cash increases for practically every government department, a $47 billion bonanza for Ukraine, $70 million for salmon, a ‘Michelle Obama Trail,’ and pandemic “monitoring.” Republican Dan Bishop of North Carolina slammed the bill’s “egregious” elements.

The $1.7 trillion deal, unveiled late Monday night by Senate leaders, would finance the federal government through September 2023. With a vote scheduled for Thursday, Senate Majority Leader Chuck Schumer and Minority Leader Mitch McConnell have both called for bipartisan support in adopting it, citing increased economic and military help to Ukraine as a critical priority.

Republicans in the House of Representatives, on the other hand, have threatened to obstruct any Republican senator who supports the proposal if the GOP retakes control of the lower house in January.

According to an analysis by the American Action Forum, the massive proposal raises spending for 19 government departments. The Pentagon is expected to benefit the most from legislative generosity, obtaining a $69 billion spending bump, bringing its 2023 budget to a record $797 billion.

While US Customs and Border Protection will be permitted to buy drones and other new “technology and capabilities,” these instruments will not be used to “acquire, maintain, or enhance border security.”

However, the bill includes $410 million for border security in Jordan, Lebanon, Egypt, Tunisia, and Oman. Other international spending includes $23 million for “democracy programs” in Bangladesh and an undefined amount for “gender programs in Pakistan.”

In the United States, the bill allots more than $500 million to a division of the National Institutes of Health devoted to “structural racism,” $335 million to develop vaccines and “surveillance tools” for a future “influenza pandemic,” and more than $575 million to promote family planning in areas where “biodiversity” is threatened by population growth.

A portion of the $2.6 billion in US Attorneys funding will be set aside specifically to prosecute Trump supporters who participated in the January 6, 2021 protest on Capitol Hill, while $7.5 million will be allocated to “developing a better understanding of the domestic radicalization problem,” which President Joe Biden has already equated with support for Donald Trump.

In addition, Washington, DC will get a ‘Ukrainian Independence Park’ and journalist monuments, Georgia will get a $3.6 million ‘Michelle Obama Trail,’ and outgoing House Speaker Nancy Pelosi will get a government building named after her in San Francisco.

The law will also aid the US salmon population, with $65 million committed to restore Pacific salmon populations and $5 million allocated to examine the impact of building on the fish. The proposal also proposes the formation of a ‘Alaska Salmon Research Task Force.’ 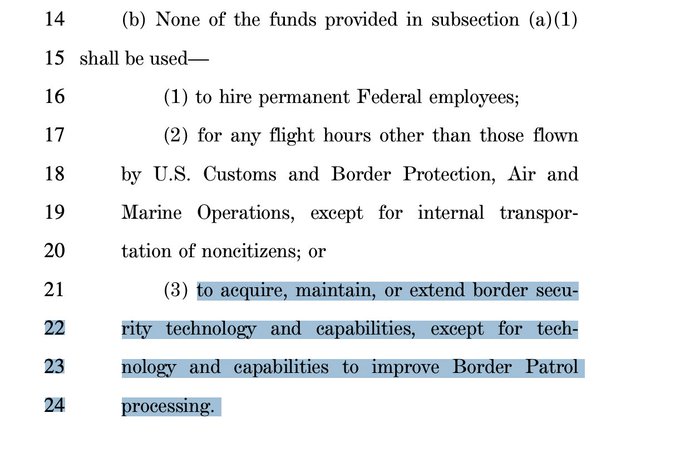