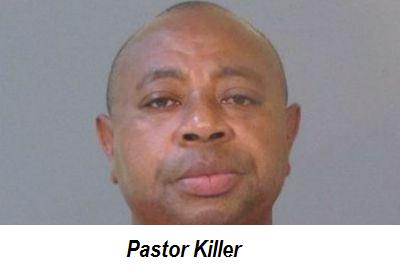 (CNN) — Bond is set at $1 million for a Louisiana man accused of shooting and killing a church pastor as he preached in Lake Charles, Louisiana, on Friday night.

Calcasieu Parish sheriff’s deputies arrested 53-year-old Woodrow Karey, a church deacon, and charged him with second-degree murder, after he called 911 and told the dispatcher what he had done, sheriff’s spokeswoman Kim Myers said.

Witnesses told police that Karey walked into the Tabernacle of Praise Worship Center around 8:20 p.m. and shot Pastor Ronald Harris twice — the first time as Karey entered the church and then again at close range after Harris had fallen to the floor, Myers said.

Karey fled the scene on foot but later called the sheriff’s office and surrendered without incident, Myers said.

During his arrest, Karey directed the deputies to two guns he had discarded in a wooded area. One of the firearms was a shotgun and the other was a pistol, police said. Police have not said which weapon was used to kill the pastor.

Karey has no known criminal history and the motive for the killing is unknown, police said.

Calcasieu Parish Chief Deputy Stitch Guillory told CNN on Sunday morning there were 50 to 60 witnesses at the church.