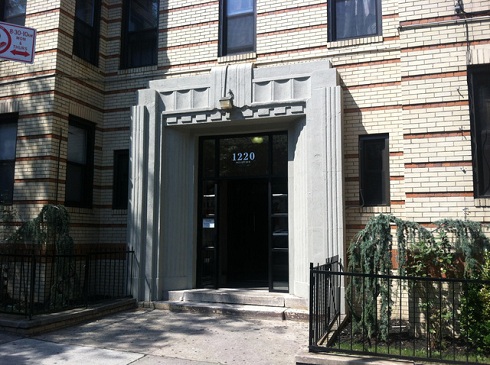 NEW YORK CITY — A Brooklyn man stabbed his mother to death inside his apartment Saturday night, then called 911 to confess to the attack, police said.

Richard Cohen, 31, allegedly stabbed 64-year-old Anne Cohen repeatedly in the torso shortly before 11 p.m. Saturday, then called 911 to report the incident at his ground-floor apartment at 1220 Ocean Ave.

Anne Cohen, who lived on Bay 25th Street, was taken to Community Hospital where she was pronounced dead, police said.

The superintendent of the building said he had seen Cohen’s mother visit him a few times since he moved in several years ago.

“He’s very quiet. I’m very surprised,” Parkinson Brown, 45, who has been the superintendent of the building for 10 years. “I have no idea if he is crazy or not.”

Betsy Fares, 48, who lived near Anne Cohen, said it was not the first time Richard Cohen had menaced his family.

She said he had taken his mother hostage at least twice, as recently as four years ago.

“It’s very sad. She was a very nice person. She didn’t bother anyone,” Fares said, “She was a little woman. She couldn’t fight that big kid.”

Fares said Anne Cohen had another son, Michael, who lived with her after her husband, a psychologist, passed away about seven years ago.

She said Richard lived with his girlfriend.

“I don’t know why she would go over there especially at that hour of the night. She never went out,” Fares said.

“Everybody’s in shock. She was a nice woman,” she added. “We can’t believe it.”