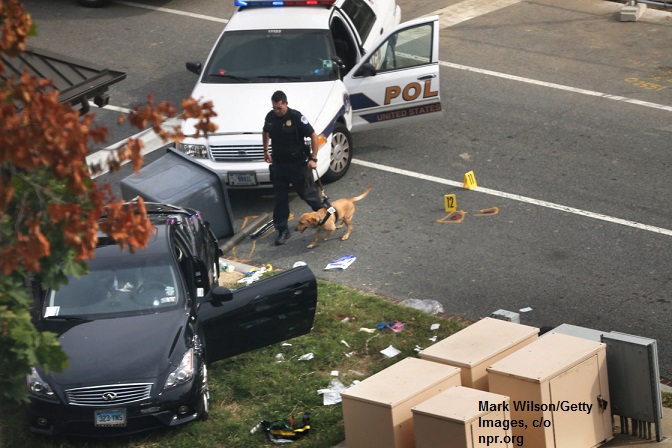 NewsRescue-An unarmed mother Thursday afternoon was reported to have tried to force her car through a White House security fence. After crashing the barrier and being accosted by cops with guns drawn, she sped off in her black Infiniti car and was shot dead by police after a 12-block chase past the Capitol, which was locked down for a half-hour, authorities said. Her child in the car with her has been taken into custody. The mother who was unarmed reportedly left a letter by her apartment in Connecticut. Police took the letter to investigate and are yet to reveal what it read.

This comes as US remains under government shut down, and also a bit over a week after a massacre in DC.