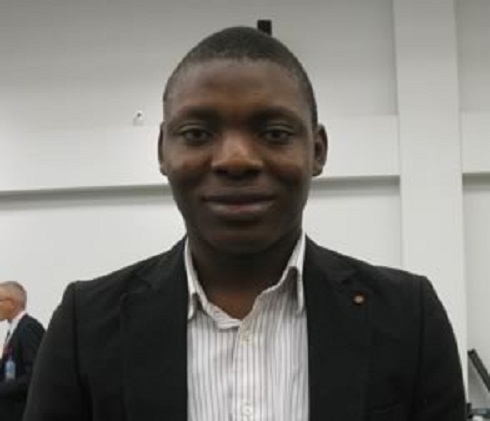 UNITED NATIONS, Dec. 1, 2012 (IPS/GIN) – As the international community came together on Dec. 1 to mark World AIDS Day, a new report from UNAIDS reveals that while significant progress has been made in preventing and treating HIV/AIDS, stigmatisation, violence and discrimination against members of the gay community continue relentlessly.

Michael Ighodaro, a gay rights activist recently diagnosed with HIV/AIDS, is living proof of the incessant human rights violations in his native country of Nigeria.

After he was brutally attacked, beaten and violated and his apartment burned down, Ighodaro was forced to flee to the United States. He now lives in New York and continues his work as an activist to raise awareness about violence against gays.

“In Nigeria, it was like I was living a lie. In the streets you cannot walk the way you want to walk and cannot openly confess you’re gay,” he told IPS.

Ighodaro spoke to IPS U.N. correspondent Rebecca Hanser about his life and struggles in Nigeria as a gay man with HIV and his work as a gay rights activist.

Q: Having been born in Nigeria, a country known for its intolerance towards homosexuality, can you describe your younger years and what it was like for you to cope with this intolerance?

A: I discovered that I was gay when I was only seven years old. My mother noticed I was different from my brothers and sisters and she thought I was sick so she brought me to churches and made me visit witchdoctors to find out what was wrong with me.

When they concluded I was gay, I had no idea what that meant, because I was still very young. My mother said that it was evil and I had to be cured, which made me believe it was a bad thing to be gay and I became afraid to talk about it.

However, it didn’t stop me from being who I am. At the age of seventeen I was dating boys. My parents couldn’t take it anymore and forced me to leave my home. My dad didn’t want to pay for my school anymore so I also had to drop out of high school. At that age, it was hard for me not to have a family or a home or friends. I had just my gay friends, and still it was very lonely.

Q: What was your life like in Nigeria after you moved out of your home?

A: When I moved away from my home I felt free and did everything I wanted. I had a very active sex life and it gave me such a liberating feeling to finally be able to give in to it. Unfortunately, at that point I didn’t know anything about condoms, lubricants or safe sex. Things would’ve worked out differently if I had been better informed or educated.

I found out that I was HIV-positive when I was 23 years old. That’s also when I discovered what killed some of my closest gay friends in Nigeria. That really hurt me and woke me up.

In Nigeria, it was like I was living a lie. In the streets you cannot walk the way you want to walk and cannot openly confess you’re gay. You have to say you’re straight if you want to have access to something. You have to buckle up so much that at a certain point you even start to believe your own lies.

Q: Progress has been made in preventing HIV, but stigmatisation, violence and discrimination remain rampant. What are your thoughts on this imbalance?

A: Gay people are not just being stigmatised in Africa but all over the world. The worst part is that we are even being stigmatised in our own communities. In the gay community, members are mostly struggling with gay laws, the fight for gay rights and HIV prevention strategies, but they somehow neglect gay people with HIV.

They fail to specifically talk about gays with HIV, because you have to remember that a gay man with HIV is different from a gay man without it. These are two different things.

Q: You are also an active gay rights activist both in Africa and now also here in the United States. What message do you try to convey through your work?

A: There are many organisations I am involved with, even now in Africa, like ICARE, which is supported by the organisation African Men for Sexual Health and Rights (AMSHR). I also recently started an organisation here in the United States called African MSM Plus. It focuses on counselling and supporting gay men with HIV.

Unfortunately, these organisations in Africa have to work “underground” because there is no tolerance for such gay community centres. We have to hide, which is hard because we also offer walk-in sessions. But we keep doing this work because it is necessary. We shouldn’t only look at the challenges ahead of us but instead at our successes.

My message is short and powerful: stay yourself, because you cannot stop people from thinking differently.

Q: In terms of violence and discrimination, what is the worst that has ever happened to you?

A: The night I was beaten up and attacked – it is all in my head. Whenever I close my eyes, I can still see the guys that did this to me. I try to forget, but every night in my sleep I still see them in front of me, calling me a faggot. It is terrible, but it’s something I have to live with for the rest of my life. Link: http://mobile.saharareporters.com/interview/qa-nigerian-gay-rights-activist-living-exile-fights-gay-stigma