The United States is deeply concerned by the deaths of dozens of Nigerians during clashes between individuals participating in a Shia procession and the Nigerian Police Force in Kano State on November 14. While the matter is still under investigation, we are troubled by the apparent disproportionate response by the police. This is the latest in a series of violent incidents between security forces and members of the Shia Islamic Movement of Nigeria (IMN), some of which have resulted in deaths, destruction of property, and the arbitrary detention of IMN members. The United States calls for calm and restraint on all sides, a reduction of tensions, and greater communication between Shia citizens and government authorities. 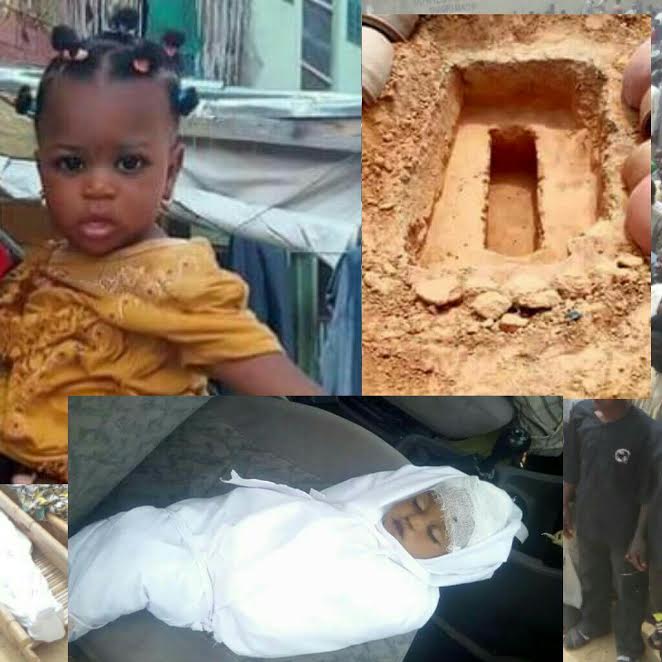 Members of the Shia community, like other religious communities, have the right to assemble, peacefully express their religious beliefs, and mark their celebrations. We call on the Nigerian government to protect and defend these rights. It is also incumbent on members of the IMN and all Nigerian citizens to respect the rule of law and cooperate with the police as they attempt to maintain public order.

We continue to urge the government to ensure accountability for the deaths of more than 300 IMN members during December 15, 2015 clashes between the IMN and security forces in Zaria, Kaduna State. We also call on the Nigerian government to conduct a transparent investigation of the latest incidents and bring to account anyone responsible for violating the law. 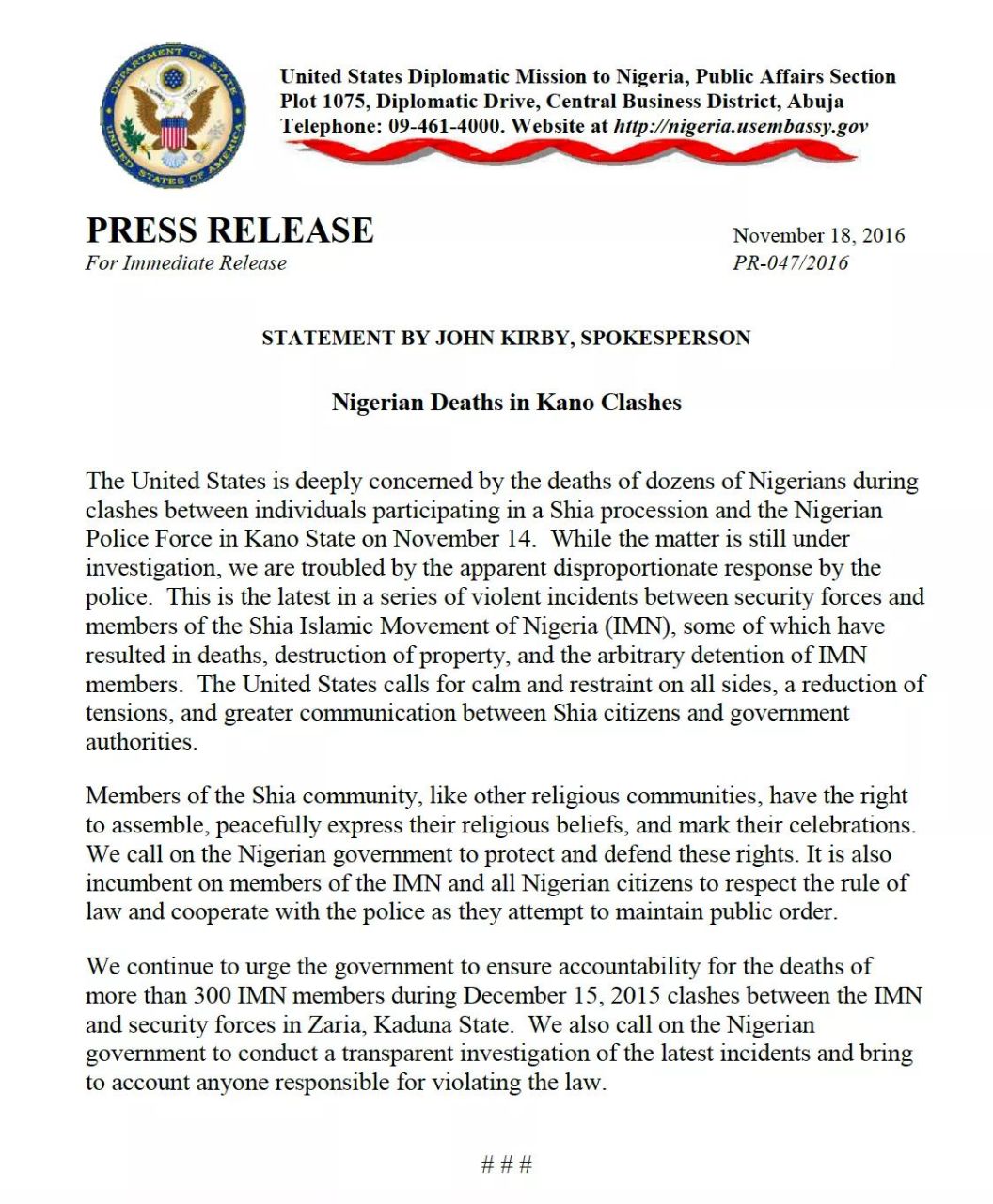