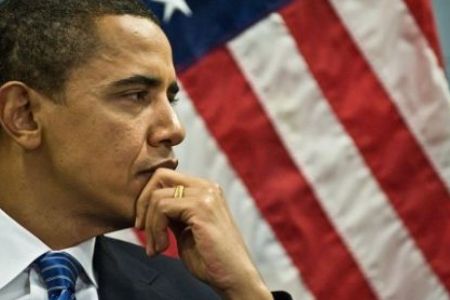 NewsRescue- This article is a fact we all know but somehow brush aside. It’s called- ‘causalities of war’, but what actually does this mean.

In September alone, Obama authorized drone attacks on Pakistan that took the lives of no fewer than 150 civilians. These were innocent people going about their daily lives who were caught in the line of fire in this war, if we may call it so.

Modern warfare, with increasing usage of tools like drones, creates the greatest avenue in known history of daily assassinations and collateral loss of life. The US president, barrack Obama rode unto power with a promise to deliver such cross border attacks limitlessly till the elusive, Osama Bin laden is found. So far from modest estimates, at least 5 innocent people die daily in Pakistan alone, and many more in Afghanistan, Yemen and so on at the hands and directive of the US president.

Blood on his hands

We must agree that this is a tough job and a job many of us will rather submit our necks to the guillotines blade than accept. The thought of so much innocent human blood on our hands every day and night as we sleep. More and more blood, blood, blood, lives lost for causes disputable, the necessity of which is highly debated. For causes with probably many more peaceful, cheaper solutions.

Murderers say that after your first murder, you get used to it and it becomes easy. Soldiers in wars are trained to smell the bloody bayonet after the first kill, the smell of blood is a potent stimulant, making the rest killings real easy. It must now be very easy for the US president. American soldiers dieing everyday, Afghan civilians, Iraqi’s, Pakistanis. Children becoming fatherless and motherless everyday by accident or intention. All in the name of  “national security”, or “occupation” or “exploitation”, or is it “wmd’s” ? It’s really kind of blurry these days, and frankly, no one really cares. As long as it’s the US doing it, it’s “charity”, those lives were expendable, the victims had shallow dreams or none at all, and their families were done a favor.

No one clamors for their rights to a continued existence? What existence? That would matter if they were alive, but since it’s drone attacks and hell fire missiles, they were alive and in a minute they are dead or debilitated, we don’t see the slow torture and evil associated with wars of old where the sword fighter slowly hacks away and is stained with blood of the victim to remind us of his sacrilege…now just a command from the white house and a few buttons pressed when some suspects are clustered, probably pressed from right nearby in the US and those worthless dead already people, gathered at a burial, or carrying a coffin thought to be loaded with guns, or probably so, die again.

Dead dying is not a tale to be written about by those alive. They say- let the dead bury themselves. The articles on these dead deaths and deaths of the dead are only written in the graves. This article was never written. Or NewsRecsue perhaps is a grave.