NewsRescue- For the first time, a United States president has pronounced his support for gay marriage. President Obama and his secretary of state, Hillary Clinton  have been known for their strong defense and advocacy of gay and lesbian privileges all over the world. Recently, Nigeria, Africa’s most populous nation signed the Anti-gay sex bill, defining public homosexual behavior as a crime, and out-rightly outlawing gay marriage; the Obama administration reacted rapidly to threaten cessation of about 300 Million dollars US funding for health foundations in Nigeria and swiftly introduced a new agenda making the advocacy of gay and lesbian privileges world over- official government policy.

Obama told ABC News that, after reflection, he had “concluded that for me personally it is important for me to go ahead and affirm that I think same sex couples should be able to get married.”

In making his announcement, Obama completes what he had described as an “evolution” in his views on this issue, hastened by growing fervor this week involving gay rights. The growing pressure was capped Tuesday by North Carolina voters’ approval of a constitutional amendment banning not only same-sex marriages, but civil unions for gay and lesbian couples, as well.– MSNBC

Gay right advocacy groups have jumped in jubilation. The political value and implication of his strategic announcement is yet to be fully analyzed. 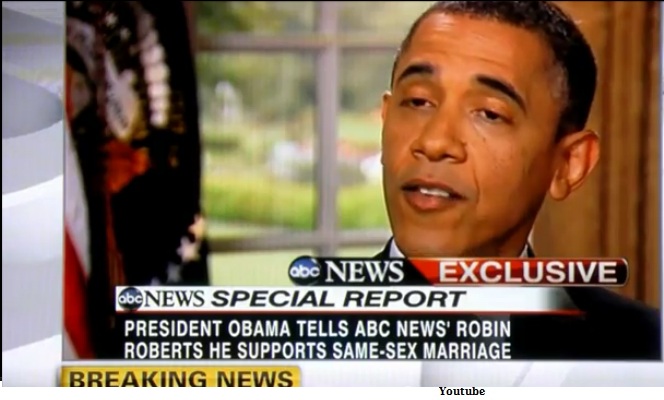