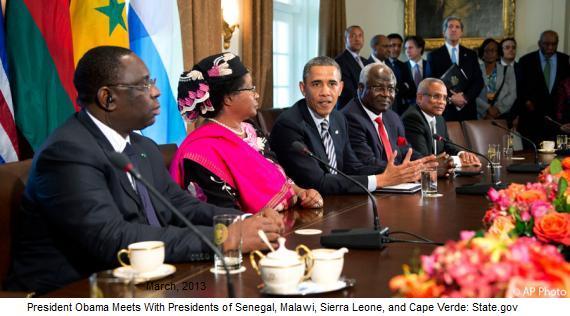 NewsRescue– On the US’ president, Barack Obama’s visit to Senegal, the world peanut capital,  he is pushing for Homosexuality in Africa in global broadcast. It has been suggested that the president refuses to visit Nigeria, Africa’s most populous nation and the most populous black nation in the world, due to Nigeria’s stances on homosexuality and law-makers signing an Anti-Gay bill into law, which is on the presidents desk right now.

The remarks came in response to a question from CNN as to whether he was pressing Sall on the issue.

Obama said the issue did not come up in their talks, but that the question of how gays and lesbians are treated has been coming up in Africa in general.

Sall responded that his country has no plans to decriminalize homosexuality.

“Senegal is a very tolerant country which does not discriminate in terms of inalienable rights of human beings,” he said, according to an official translation. People are not refused jobs for being gay, he said. “But we are still not ready to decriminalize homosexuality.”

“But of course this does not mean that we are all homophobic,” Sall insisted.

Sall then turned to another issue on which the two nations differ: capital punishment.

“In our country we have abolished it for many years,” he said, adding, “We do respect the choice of each country.”