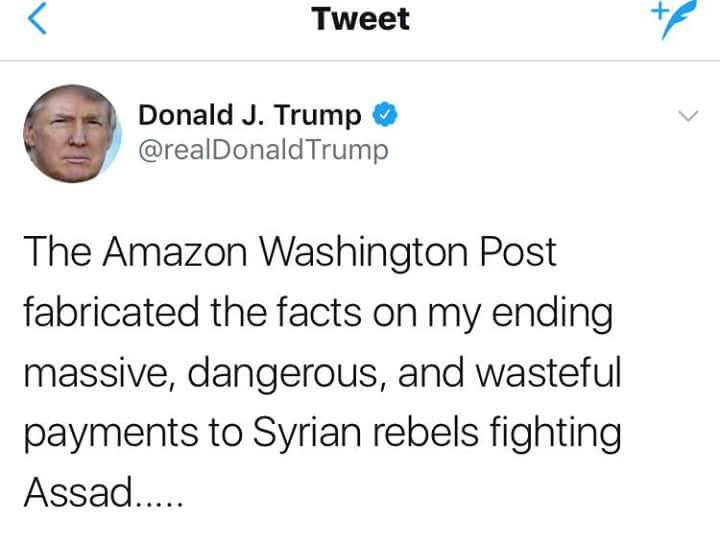 The genocidal US regime spend billions of dollars to overthrow the legitimate government of #Syria. The US regime funded #ISIS & #AlQaeda.

US President Trump confessed that the payments were “massive”. Billions of dollars payments by the #US regime to fund terrorism in #Syria.

US regime massive support for terrorism in #Syria is not about freedom, democracy & Human Rights. It was evil Regime-change agenda.

The question to US President:
who take responsibility for the 400,000+ Syrians murdered by the massive US payments to murderous terrorists?