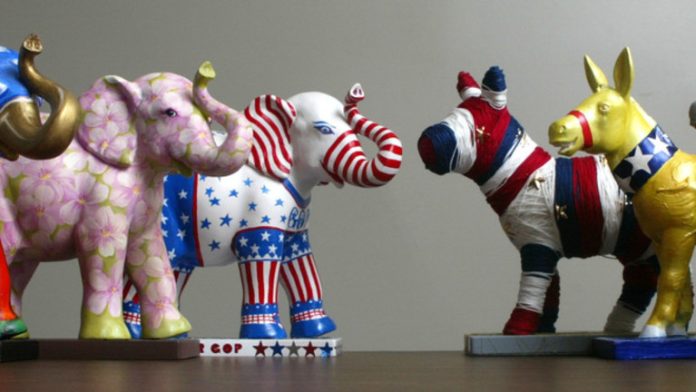 According to a Gallup poll released Thursday, more Americans identify with the Republican Party than with the Democratic Party for the first time in more than three decades. 45% of those polled identified as Republicans or Republican-leaning independents, while 44% identified as Democrats.

Independents (those who identify with neither party) continue to outnumber members of both parties, accounting for 41% of respondents compared to 28% for Republicans and 28% for Democrats. However, in the late-year poll, the number of independents who “lean” toward the Republican Party edged ahead of those who lean Democratic.

It is reportedly the first time since Gallup began regularly measuring Americans’ political identification in 1991 that those who identify most strongly with Republicans outnumber those who identify most strongly with Democrats. Previously, the GOP had come the closest to dominating the electorate’s sympathies in the aftermath of the September 11 attacks (2001 to 2003) and during the heyday of the Tea Party movement (2010 to 2011).

At the same time, according to another Gallup poll released Thursday, more self-identified independents describe themselves as “moderate” (47%) than conservative (30%) or liberal (21%). While Republicans have remained ideologically consistent, with 72% identifying as conservative, the percentage of Democrats identifying as liberal increased four percentage points this year, to 54%, a shift seen across all demographics.

Overall, 35% of Americans identified as moderate, followed by conservative (27%), and liberal (18%). Approximately the same proportion identified as “very conservative” and “very liberal” (9% and 8%, respectively). According to the pollster, these figures have remained relatively stable since 2015.

Despite outnumbering their Democratic counterparts, Republicans were unable to convert their gains into electoral victory in the November midterm elections, though they did narrowly retake control of the House of Representatives.