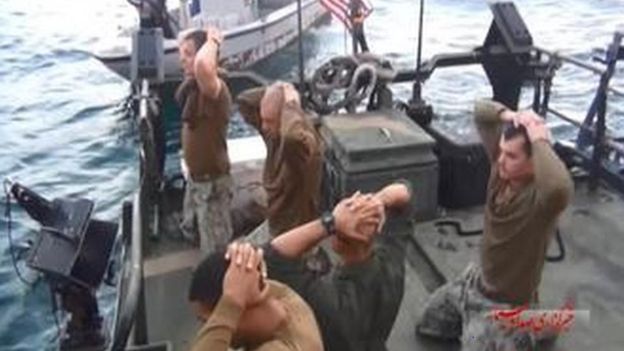 (CNN) The capture of two navy ships in Iranian territorial waters represented “a severe failure by somebody,” according to a former Navy commander once stationed in Bahrain.

The retired officer, Chris Harmer, slammed the Navy’s actions leading up to the ships’ capture, saying, “Either the naval leadership put these sailors in an impossible situation or the sailors are professionally incompetent.”

It is not yet clear why the sailors, who were released by Iran Wednesday morning, were in Iranian waters. The Pentagon will be investigating to determine what happened.

Harmer, though, said that there was “no reason for a small vessel to be out that far and especially without escorting ships around it.”

The two small craft seized are called riverine command boats and are designed to operate in rivers and shallower coastal or littoral waters. The vessels were en route from Kuwait to Bahrain and were sailing near Farsi Island in the Persian Gulf.

“The Navy has to explain why you have small ships transiting 300 miles of open ocean,” said Harmer, who was once deputy director of future operations at the Navy’s Fifth Fleet and now at the Institute for the Study of War.

The Pentagon declined a request to respond to Harmer’s criticism.

Former Lt. Col Rick Francona said that the boats could yield intelligence for the Iranians.

“The two boats were small patrol boats, but may still have some intelligence value,” said Francona, a CNN military analyst. He noted, “There are always maps, charts, documents, communications gear.”

Still, he said the risk posed wasn’t great, even if Iran was likely to mine it for as much information as possible.

“The vessels themselves may be of interest, but they certainly are not classified,” he said.

The boats, also known as CB 90s, were designed by the Swedish company Dockstavarvet and manufactured by the U.S. company SAFE Boats.

The company’s specifications say the vessels are nearly 15 meters long, capable of carrying up to 20 personnel, and can travel up to 45 knots. The CB 90’s armaments can include 50 caliber machineguns and GAU-19 mini-guns.