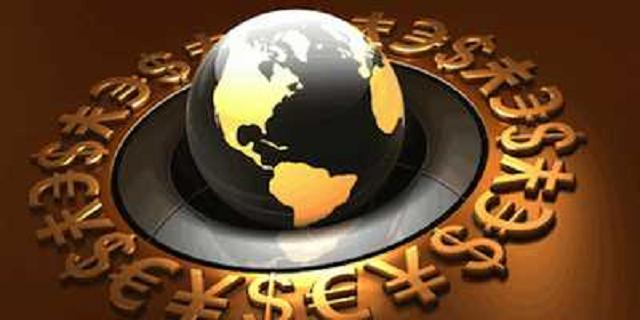 A senior Syrian official has warned that Israel will “come under fire” should the United states pursue any military aggression against the Assad regime.

As reported by the Israeli news site Ynet, Halef al-Muftah, a leading member of the Syrian Ba’ath national council, and a former aide to the Syrian media minister said today that the Syrian government has “strategic weapons aimed at Israel.”

Making the comments on an American Arabic radio station, Muftah added that Damascus views Israel as being “behind the aggression” and therefore will be retaliated against should the US strike Syria.

The official also stated that the Syrian government would not be beholden to threats from the US, and added “If the US or Israel err through aggression and exploit the chemical issue, the region will go up in endless flames, affecting not only the area’s security, but the world’s.”

Over the weekend, reports emerged suggesting that Israeli intelligence has definitive proof that the chemical attacks last week were carried out by the Syrian army.

According to the German publication Focus, the Israel Defense Forces Unit 8200, the IDF’s signals intelligence unit, intercepted communications of the Syrian army during the attack.

“A former Mossad officer told FOCUS the analysis has clearly shown that the bombardment with poison gas missiles was made by Syrian government forces,” reports the publication.

Military hawk Professor John Schindler of the U.S. Naval War College tweeted about the story Sunday, adding that Israel swiftly shared the information with the US and other allies.

“Pay attention! You are seeing the opening acts to a global war, to World War III. Refer to the information I gave you right after the attacks in Benghazi, specifically to the information contained in‘Lemmings…at the precipice of WW III’ and you will see that everything I divulged to you was precisely correct.

World War III will begin in Syria, and no one on the planet (and Americans in particular) will be left untouched by what is about to take place. This has been planned for some time, and we are now seeing it happen right in front of us.” Those are the words of a trusted source with deep ties to the intelligence community, before providing more insight into what we might expect as this ‘crisis’ escalates and “Syria explodes.”

As I wrote in that article published on October 8, 2012, “All that is needed now is for a dutiful media to present one image, a video, or some other proof that Assad or someone else is using, or has their hands on, unconventional weapons. This will provide the necessary pretext for the U.S. and NATO, to intervene and ramp up the war against Assad. The UN will assist, and the red line will then have been crossed.” That will be the trigger event for U.S. involvement, and the escalation into a global conflict.

We are now at that critical moment, as the images of the use of chemical weapons are all over the news, and all fingers are pointing to Assad as the culprit. Just as predicted, The Guardian among other media outlets reported that “David Cameron and Barack Obama moved the West closer to military intervention in Syria on Saturday as they agreed that last week’s alleged chemical weapon attacks by the Assad regime had taken the crisis into a new phase that merited a ‘serious response.’” But it’s a lie, a magic show, to keep people’s attention away from something much bigger on the horizon.

Syria through the lens of the Arab Spring & Benghazi

“The entire scenario we are seeing is one big magic act that began long ago, and Syria is just the ‘flash-bang’ diversion of the act, albeit a vital one. To understand how we got here is critically important, as it identifies the larger agenda or the big picture too few are seeing and too many are attempting to hide.

Consider the blatant continuity of agenda that has spanned several American presidential administrations, both Republican and Democrat, Progressive and Conservative. This transcends political parties and the ‘political theater’ that has been designed to keep Americans occupied. Both political parties, however, are unified under a much larger globalist agenda, which explains why the policies of the Bush ‘dynasty’ have been exponentially increased under the Obama ‘regime.’

“Think about it. The anti-Assad ‘rebels’ are losing, they’re in retreat, because the exposure to the arms and weapons running from Benghazi caused the architects of this conflict to lay low for awhile. That gave us some time, but it did not change their objective of overthrowing Assad and taking Syria for the Muslim Brotherhood. The anti-Assad rebels cannot survive without Western assistance. Considering that, what sense would it make for Assad to use chemical weapons, especially as international observers were getting in position to investigate the situation, against rebels in retreat? It makes no sense, unless you understand the larger objective and the ‘big picture.’”

“Okay, so explain the big picture,” I asked my source. “And please do it in a way that I can explain it to my neighbor, or my family, so they too can understand what we’re seeing.” What follows is an uninterrupted monologue from my intelligence insider.

“Here’s the global picture. When you see it, it will make sense. This is about reshaping the entire power structure of not just the Middle East, but of the world.”

“Remember that the 2001 attacks against the U.S. was the catalyst for our military operations in Afghanistan, and then ostensibly Iraq under George W. Bush, a so-called ‘conservative republican.’ We could have gone into Afghanistan, cleaned up what we needed to, and come home. Instead, while still in Afghanistan, we went into Iraq after convincing the world they had weapons of mass destruction. Remember that George H. W. Bush, also a ‘conservative republican,’ engaged Iraq in ‘Gulf War I’ in 1990. Essentially, we’ve been in Iraq for the last quarter of a century! Why? Think about that.”

“And, we’ve been in Afghanistan for the last dozen years or so. Why? Oil and opium. It’s an ‘international bankers war.’ [Note that a recent report from ‘The Guerrilla Economist lays this out here, excerpted as follows]: “…[L]arge US military bases are on the very path of the purposed [Caspian Sea oil] pipeline. This as well as that some of the proceeds from the lucrative opium trade will find its way back to US banks which will launder the money in order to help fund Unocal in the purposed pipe building project. Win Win.”

“Oh, and by the way, if you mention Iran’s nuclear ambitions, why did we wait so long to really address this and keep Israel from doing so before any action would require a very protracted military campaign? Keep that in the back of your mind.”

“Now here’s another important part of the magic act. After eight years of George Bush, Americans were weary of war. So, a little known man named Barack Hussein Obama was selected to run against John McCain in 2008. Why Obama and not Hillary? Because the real power players needed a man with Muslim Brotherhood connections to accomplish what was needed in the Middle East. Think back to his Cairo speech. Consider that all of his campaign promises to end the wars were not only broken, but the wars and unrest were expanded by his policies, or the policies of those who put him into power.”

“So we’ve stayed in Afghanistan and in Iraq.” Then comes the Arab Spring, which was planned years in advance. It was not some serendipitously spontaneous movement by oppressed people longing for democracy, but a Saudi and Muslim Brotherhood plan to regain control of what was once the Ottoman Empire, this time on steroids. People must think bigger, outside of the confines of the Middle East.”

“As much as I don’t like the thought of saying this, Putin was correct in asking what sense it makes to destabilize the entire Middle East, especially Syria, a client state of Russia. In the context of regional affairs, it makes absolutely no sense whatsoever. Now, we are going to send cruise missiles into Syria… to hit what? Chemical weapons stockpiles stored in densely populated areas? How is this going to help the Syrians? The refugees fleeing from Syria?”

“I’ve told you, and you have written that we are implementing the Saudi agenda across the Middle East. But who is behind the Saudis? It is the international banking cartel, those ‘too big to jail,’ who are behind the Saudis. It’s their war and they’re funding all sides of the conflict. No matter what, they win. But what do they win?”

“Admittedly it’s difficult if not nearly impossible to tell all the players without a scorecard, and even then, the players will change their uniforms to keep everyone confused. But here’s the important part. Syria is a proxy state for Russia, as is Iran. China has interests in Iran as well. If you look at all of the major powers, they all have interests in the Middle East. So who will we, the U.S. ultimately be fighting when Syria explodes? Russia. And what will be the blowback? That’s important to understand, for it is also the objective.”

“None of what you are seeing is about fighting terrorism, or about helping the people of Syria. It’s about oil, energy and the global economic system. Conflict exists for the globalists to achieve their objective, and their objective is the implementation of a new economic system that will be a basket of currencies, or SDR (Special Drawing Rights). If you don’t know about SDRs, just equate it to the euro, but on a global scale.”

They will usher this in by striking at the United States much like the U.S. took down the old Soviet Union. They will target our economy through oil, cheap oil, from Saudi Arabia. Remember, Russia is the world’s largest exporter of oil, neck and neck with the Saudis. But, the Saudis’ oil wells have been damaged and their ‘lift costs’ are increasing.”

“So, what we are about to see and experience in a most painful way is the destruction of the U.S. economy, the intentional killing of the U.S. dollar, by having it replaced as the world’s reserve currency, and replaced with a basket of currencies (SDR) that is much easier to control.”

“This is all about the conversion of world’s economic trading mechanism from a U.S. dollar based system to a SDR. The Middle East and Syria is merely the catalyst for is implementation. The ‘flash-bang’ of the magic act. And once this catalytic action is started, we cannot go back. War in the Middle East and particularly Syria is the catalyst that will disrupt transactions and commerce all over the world. And few will see it coming, or know what hit them.”