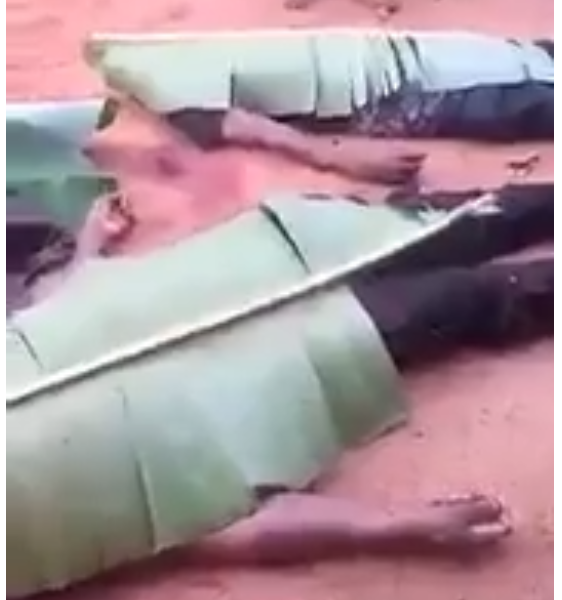 An estimated 100 supporters and family members of Biafra secessionist leader, Nnamdi Kanu were reportedly killed when the Nigerian army invaded his residence this week.

While the whereabouts of Nnamdi Kanu are unknown, the Nigerian military abducted his parents.

New emerging video presents several bodies, alleged to be those of some of the victims of the government assault.

The narrator claimed that 4 bodies had been taken to the mortuary and that those on the recording were found in the bushes behind Nnamdi Kanu’s house where they had apparently fled after sustaining gun shots.