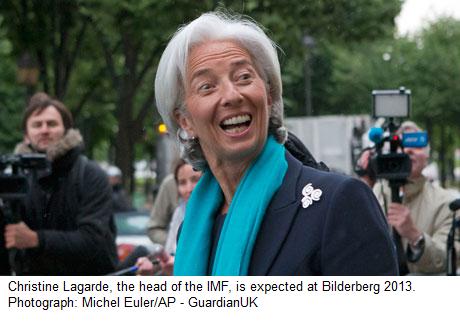 NewsRescue– Infowars host, Alex Jones talks to police and fellow protesters outside of the Bilderberg meeting being held under top secret in the UK.

Several top government and business personalities are reportedly in attendance.

IBT: It’s the most important and influential conference you’ve never heard of. From June 3-6 heads of state will meet up with business leaders at The Grove Hotel in Watford for Bilderberg, an annual conference amongst the transnational elite that is shrouded in secrecy.

High profile consultant Andrew Kakabadse has met many people who have attended the conference in the past, and is co-author of Bilderberg People, a book all about how world affairs are shaped by the consensus formed amongst the world’s elite. He dismisses conspiracy theorists who say the reason the Bilderberg discussions are kept secret is to covertly create a ‘New World Order’. Speaking to IBTimes UK, he says why both tight security and intense secrecy are important at Bilderberg, how the group helps push forward the US-European philosophy of transactional capital, and why in many ways the conference is an irritating networking event like any other.

Relax: thanks to Goldman Sachs and other ‘donors’, this year’s conference will be cost-neutral for Hertfordshire – despite the construction of the Great Wall of Watford

The auditorium grew hushed as a senior Watford borough councillor took to his feet. The police liaison team looked nervous. They had made their presentation and laid out their plans for this “unique event”: the anti-terrorism zones, the identity checks, the restriction on vehicles stopping in the vicinity of this “important international conference”. But now it was the turn of the people of Watford to speak.

What would they make of this international three-day policy summit, with its heavyweight delegate list bulging with billionaire financiers, party leaders and media moguls, protected by the biggest security operation Watford has ever seen?

“What this whole thing boils down to,” boomed the councillor, “is this: are you, or are you not, setting a precedent for vehicles parking on the verge of the Old Hempstead Road?”

Thus began an hour-long (hour-and-a-half-long?) discussion about whether or not cars and press vehicles should be allowed to park on a strip of grass running parallel to the A41, just opposite the Grove hotel. It was like a weird, dystopian episode of Keeping Up Appearances. Never mind that our ministers are meeting in secret with the heads of Shell, BP, Google and Amazon – what about the verge!

There was an audible gasp when, under intense questioning, Chief Inspector Rhodes was forced to admit, citing a “bylaw”, that the no-parking signs on the verge were actually fraudulent: no such law existed.. One lady, almost beside herself, gestured to the audience. “There are media here! This story is going to get out!” The verge would never be the same again, thanks to Bilderberg.