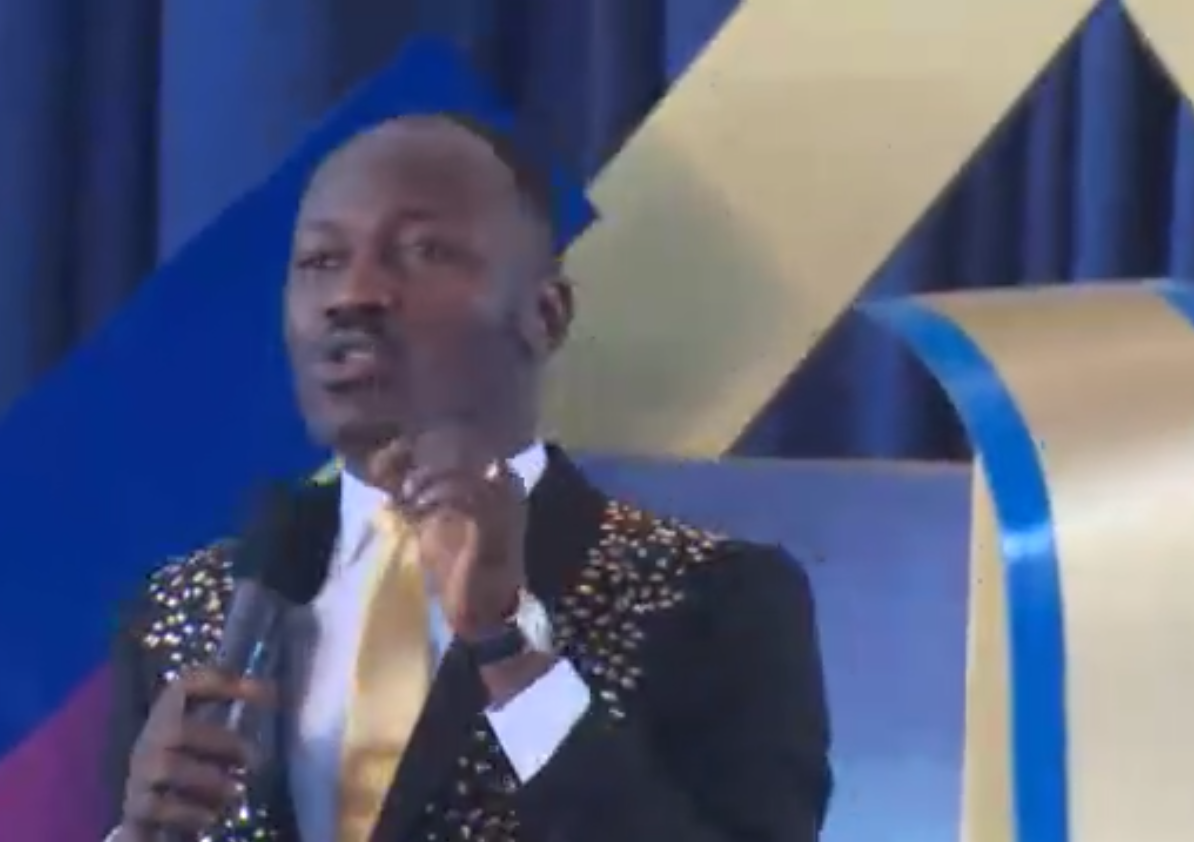 As the matter of the legitimacy of tithing gains grounds, controversial and recently lewd accused ‘Apostle’ Suleiman has reigned in.

The pastor said he cannot debate tithing because it takes anointing to understand and not logic.

Bragging that he has a PhD in theology, the ‘Apostle’ said his degrees are not to argue. That it will be stupid of him to debate with what he called is ‘religious rascality.

The ‘Apostle’ challenged Daddy Freeze to start a Church and run it the right way and successfully for 10 years, not base just on the internet.

Suleiman said the scripture can be used to promote all sorts of evil as all things can be found in it.

“Tithe is an age-long covenant.”

“Ask the Holy spirit to reveal anything to you, ignore any body that is talking,” Suleiman concluded in attempt to save the Church’s source of income.