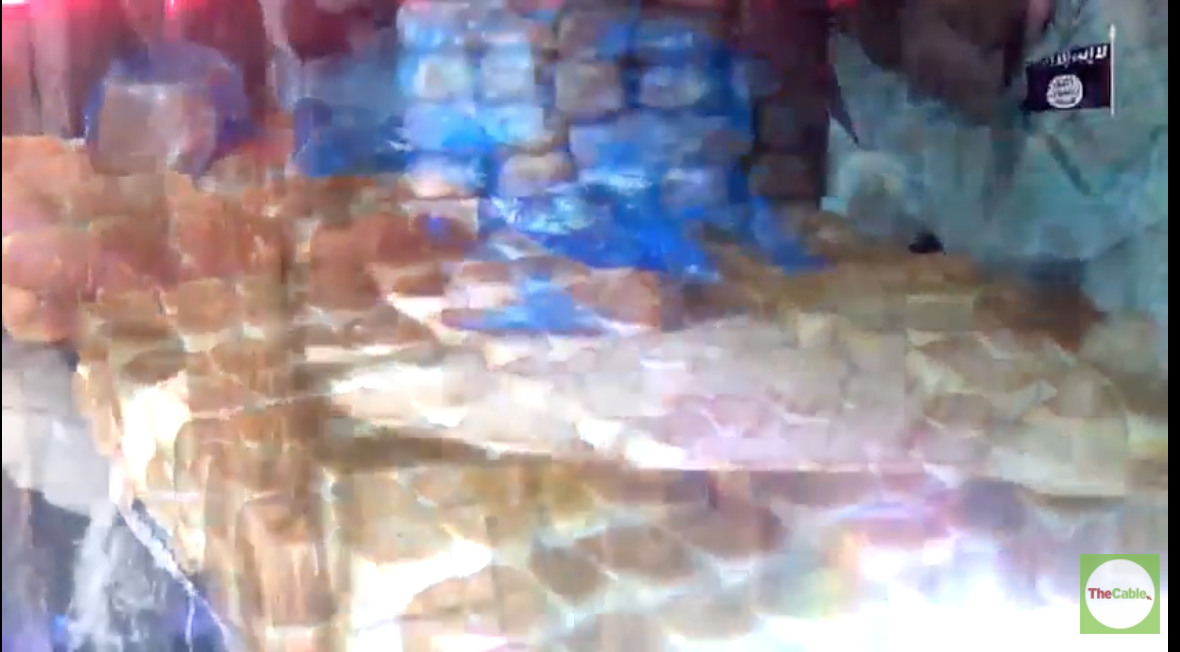 The Boko Haram sect has released a new video, vowing to sustain the battle with the country.

In the 29-minute video believed to have been shot in Sambisa forest, the group showed its men going about their normal business.

Some of them were seen in a local bakery, a few on their farmlands, while others engaged in trading activities.

Items such as foodstuff, books, cement, automobile spare parts were displayed in shops.  Armed members of the sect rode on motorcycles, while some were seen operating computers.

This is coming at a time when the Nigerian military had repeatedly said it had degraded Boko Haram territories in Sambisa forest.

Tukur Buratai, the chief of army staff, had said the Nigerian Army Small Arms Championship will hold in Sambisa forest to consolidate the army’s grip on the area.

“We have been in the North East, fighting the Boko Haram terrorists, and you know the significance of the Sambisa forest to them,” Buratai had said.

“It used to be one of their centres; in fact, we suspect that their command and control centre was located there before its eventual capture.”

But an old man who spoke in Kanuri dialect disputed the claim of the military that the group had been defeated. He said the militants have been living well in the forest.

“You can see that we are doing well and living fine. Look at our crops, they are growing well,” he said.

The video showed some fighters in a training session.

One of the trainees, who spoke in Hausa, said, “We are ready to do everything to protect our territory… we won’t allow an inch of our territory to be penetrated by the infidels”.

It is unclear which factions of the groups released the video as Abubakar Shekau and Abu Musab al-Barnawi were not seen.

Recently, a faction led by al-Barnawi released a video of three staff of the University of Maiduguri who were abducted last Tuesday.

At least 48 persons were killed in that attack