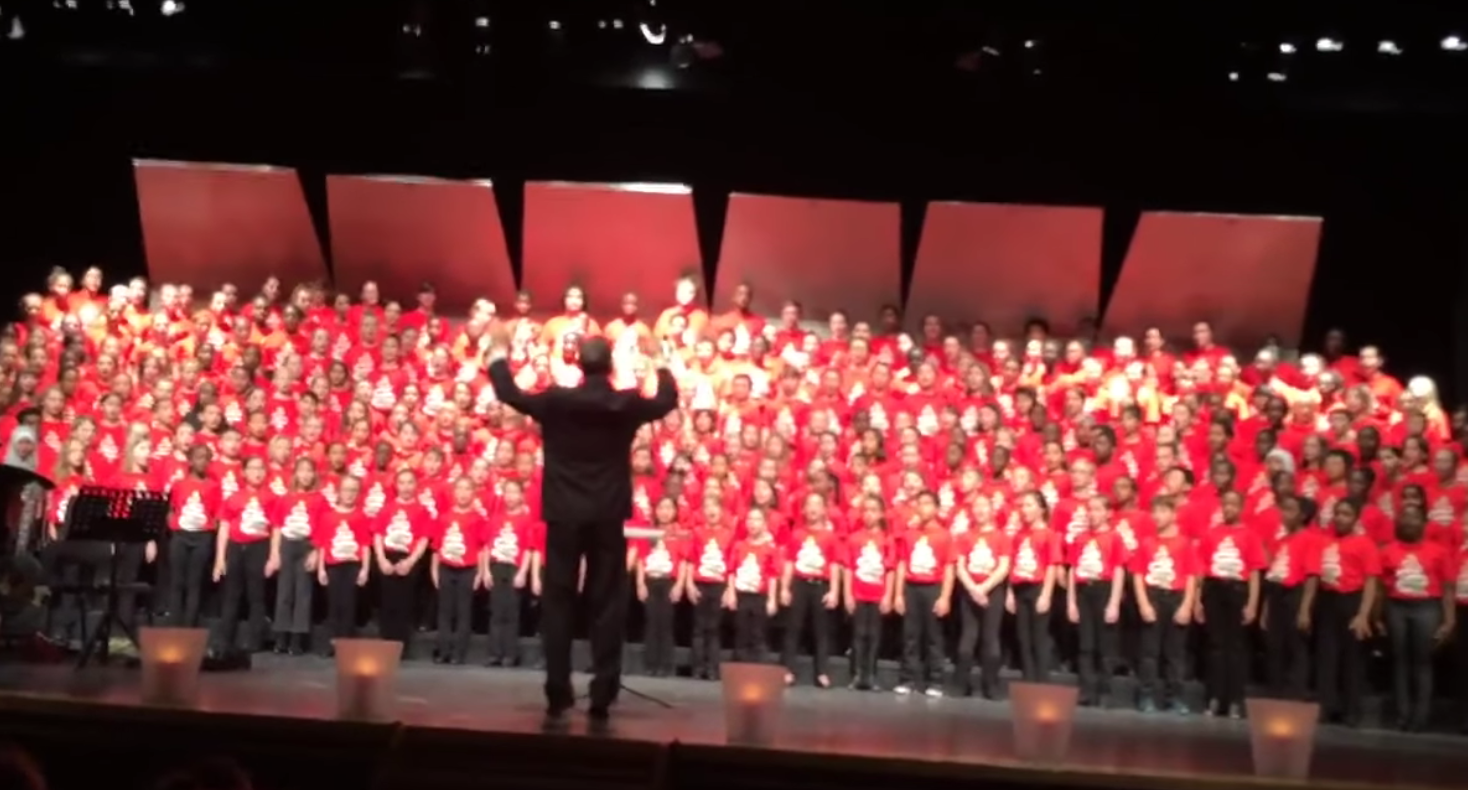 The video clip was posted on YouTube one day after Prime Minister Justin Trudeau and Ontario Premier Kathleen Wynne personally welcomed 163 Syrian refugees into the country. It has over 11,000 ‘thumbs up’ and more than 1.2 million views, although comments were disabled, presumably to censor criticism.

“The video titled “Welcome to Canada Syrian Refugees” shows the choir singing one of the oldest songs in the Islamic culture called “Tala‘ al-Badru ‘Alayna” which is sung to the Muslim Prophet Muhammad upon his arrival in Medina after completing the Battle of Tabouk,” reports Speisa.

CIJ News reports that choir had performed a song honouring the Muslim Prophet Muhammad just prior to refugees arriving in Canada. A video of the choir was posted to YouTube a day after Justin Trudeau and Kathleen Wynne greeted the refugees at Pearson Airport.

The song for the refugees is called “Tala‘ al-Badru ‘Alaynā”. It was sung to Muhammad upon his arrival in Medina after completing the Battle of Tabuk.

Here are the English lyrics to the song.