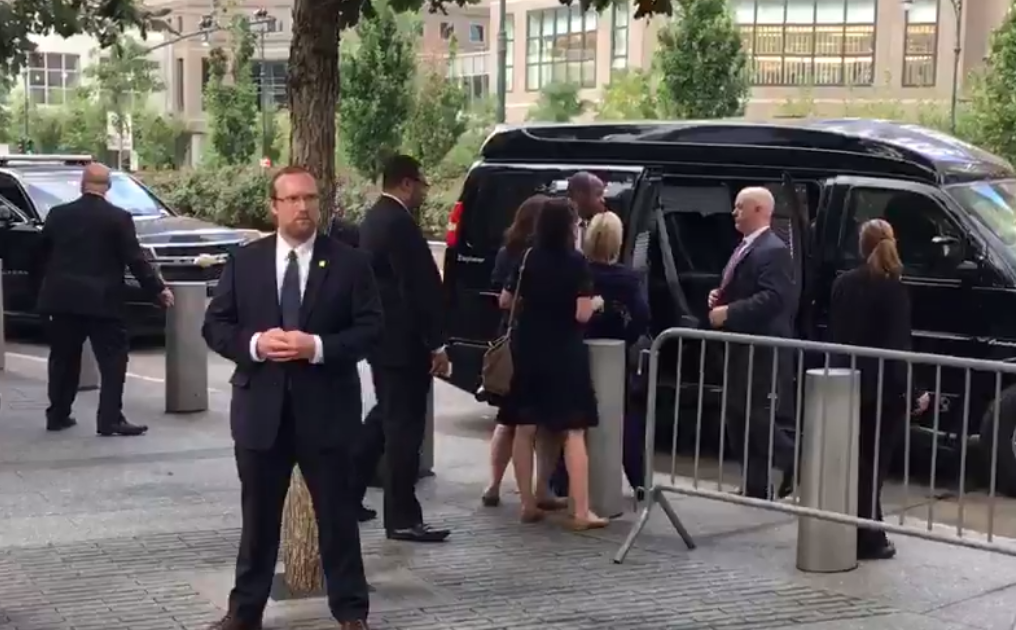 The US democratic presidential candidate, Hillary Clinton fainted and stumbled and had to be supported out of a 911 memorial event Sunday. She had recently coughed uncontrollably and spat out two green things.

Fainting video recorded from another angle:

“Through Dr. Noel’s astute observations, and relying on over 30 years in the medical field, he has concluded that Hillary Clinton is exhibiting the classic signs that point to Parkinson’s Disease,” the video states.

“He has decided to go public with his findings and appears on the Next News Network to deliver you the truth, being kept from the public, about a diagnosis that will keep her out of the Oval Office.”

Clinton has had an increasingly difficult time downplaying questions regarding her well-being as more and more health questions arise.

Just days ago media outlets attempted to discredit reports asking why Clinton had an ambulance following her motorcade – complete with a gurney wheeled behind the stage she was speaking at – even though Trump does not have such a vehicle in his.

The incident was only days after Hillary’s disastrous Labor Day coughing fit that once again brought the candidate’s health back into the spotlight.