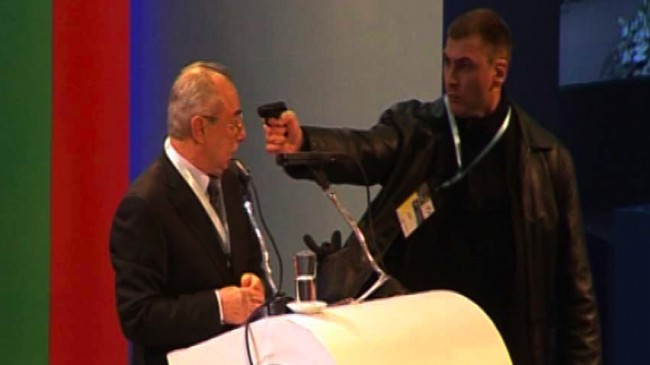 A man leapt on stage and put a gun to the head of the leader of Bulgaria’s ethnic Turkish party before security guards wrestled him to the ground during a televised conference on Saturday…Ahmed Dogan, the leader of the Movement for Rights and Freedoms (MRF) escaped unscathed, and it was not immediately clear why the attacker targeted him at the party congress in central Sofia.

Television footage showed the man jumping out of the audience brandishing the gun which he pointed at Dogan’s head. Security guards pulled him to the ground and he was repeatedly beaten and kicked by conference delegates. Police said they arrested the attacker, a 25-year-old from the Black Sea town of Burgas, who was also carrying two knives.