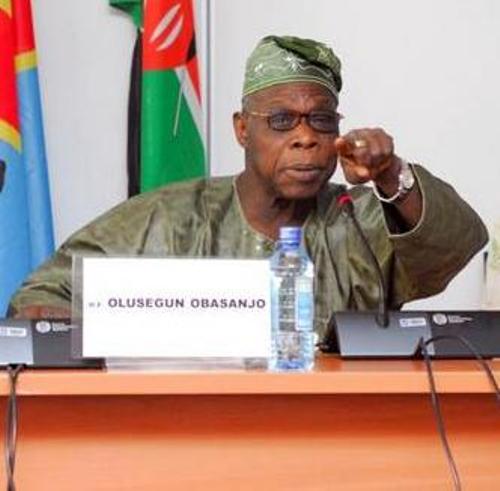 Nigerian President Goodluck Jonathan lived in denial about the abducted Chibok schoolgirls for more than two weeks, withholding valuable decisions that would have led to the rescue of the girls, former President Olusegun Obasanjo has said.

The former president said this in an interview with Bloomberg TV Africa, aired on Saturday.

“The president did not believe that those girls were abducted for almost 18 days,” Mr. Obasanjo said in the interview. “If the president got the information within 12 hours of the act and he reacted immediately, I believe those girls would have been rescued within 24 hours, maximum 48 hours.”

Mr. Obasanjo said that rather than spring into action after receiving briefings about the abduction, “the president had doubts.”

He said the president’s initial action was to ask: “‘Is this true, or is it a ploy by people who don’t want me to be president again?’”

President Jonathan’s lethargic approach to the kidnapping was the “most unfortunate aspect of the whole issue,” the former president said.

The insurgent group, Boko Haram, kidnapped over 250 schoolgirls from their hostels in Government Secondary School Chibok, in the early hours of April 14, but President Jonathan only acknowledged it 20 days later, after international pressures mounted, ahead of the World Economic Forum for Africa.

The president first spoke about the abduction in a media chat where he blamed the parents of the schoolgirls for not volunteering information about the victims and the incident.

Mr. Obasanjo, who is currently in talks with mediators to help free the victims, said an equal lethargy by President Jonathan greeted his earlier efforts to end the insurgency three years ago.
Boko Haram, whose name means “western education is sin,” is thought to be waging a violent campaign to impose Islamic law in most of Northern Nigeria.
More than 4,000 people have been killed in the campaign since it started in 2009, with the highest number of killings occurring this year alone.

The Boko Haram insurgency has also been explained as political, especially by members of the President Jonathan administration, who often argue the group was set up to “destabilize” the regime, even though the group’s history pre-dates the current government.

In his Democracy Day speech, the president said he has ordered security forces to “launch a full-scale operation” and use any lawful means to defeat the group.

Mr. Obasanjo’s criticism of President Jonathan’s style is the second in less than one year.

In December, he wrote the president an 18-page letter where he accused Mr. Jonathan of serving the ethnic interests of his native Ijaw people and fostering divisions between the largely Muslim north and the Christian south in a bid to win re-election in 2015.
“I don’t believe he has performed to the expectations of many Nigerians, not just me,” Mr. Obasanjo said in the Bloomberg interview.