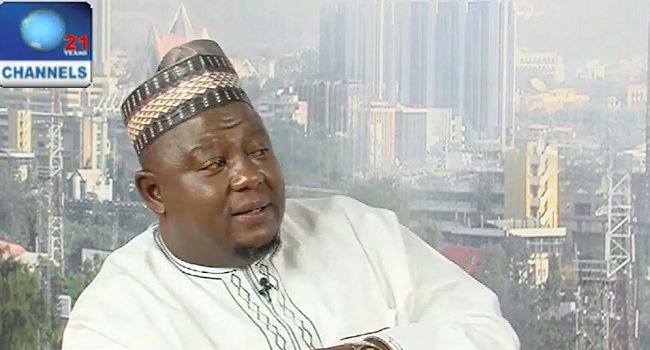 Last week, a member of the House of Representatives, Lawal Gumau, appeared on Sunrise, a current affairs programme on Channels Television.

In the interview, the lawmaker, a member of a pressure group in the House, Transparency Group, spoke frankly about how budget padding is done in the National Assembly.

Saying the corrupt practice had remained a yearly ritual, the lawmaker broke budget padding down in a way Nigerians can easily understand.

The interview was transcribed by PREMIUM TIMES’ Ebuka Onyeji

So, what you are saying essentially is that this padding has been going on for a while and that it didn’t start today?

What exactly is padding?

Padding is to insert something into a document with the intention of comforting yourself or distorting information. Check any dictionary, that is the definition. Before we came out yesterday we had to look at different dictionaries and see the meaning of padding. Let us be fair to this people.

So they inserted certain things to comfort themselves?

In the statement of the house that was initially issued when Jibrin made his allegations, they said they have house tactics, that principal officers usually get a bigger chunk of the money allocated for constituency projects to the house or to the senate and that has been the tradition for a while.

Thank you so much. Naturally you can’t expect the general manager of Channels TV to get what you get. Naturally a leader must get something more than what the follower will get. But what we are saying is padding comes after that.

For example, zonal intervention (projects) was shared between six geo-political zones. Between this six geo-political zones, every state has its own share. This one is known to everyone. Where the problem comes in is that there are some information that were hidden by the leadership which they did not divulge to members and this information was used by them alone. Can’t you people see padding there?

Naturally, a leader must get something more than, but can you imagine a leader getting four billion and a follower getting just 40 million. I have a friend in Anambra State. Up till today, nothing was put in his account by the speaker. For personal reason, for selfish reasons because they have differences. Even yesterday, he came to my office, telling me there is no kobo in his account. I advised him to go to the speaker and he said he went to the office of the speaker 10 times. Even before Jibrin was removed, he went to his office five times. Yet nothing.

I pray one day you will be in the house to see these things clear. Now listen to me. After the budget from the committees go to the appropriation committee, they will now work on the budget. After working on the budget, the committee will return it to members of the chamber who will now read it and agree on it. If padding doesn’t come in up to that point then immediately after the house passes the budget before they submit it to the president and that is where padding comes in.

The president will not know that this project was not in the budget the members approved. The president will give assent. The members on the other hand will not know that after passing the budget that something was inserted. So what we are saying is that when they bring back the approved (assented) budget, that is where we the ordinary members will know something is inserted from what we approved.

When you talk of insertion, are you talking of new line items inserted or just ordinary figures increased?

Yes, new line items. Let me give you a clear example. This Kano film house that was in public debate, we did not approve it in the budget. It was inserted before taking it (the budget) to the president for assent and money was allocated to it. Go to the constituency of all the leaders, especially the ones Jibrin accused, you will be surprised that after zonal intervention given to their constituencies, they went ahead to insert billions of naira in their constituencies.

So this is not about the leadership tussle that preceded the inauguration of the House?

It has nothing to do with it, Maukpe. The house had let that go and we had agreed, including the leaders, let there be no padding.  Before Ramadan, there was an executive session, where precisely Hon. Babanle Bashir raised the issue that we don’t want padding this year and we will not agree and we will not fight it internally but externally if need be. They promised they would not it and that they would sit down with members after two weeks … that there will be no padding. Then up till today all this promises never happened. When we went to Mecca we came back assuming that after we came back that we would be called for executive session to decide but up till when we went on recess, there was no executive session.

By that time the allegations had not come out?

It has, Maukpe. But it was not yet in the public domain

So it’s Jibrin that raised this allegations?

You know God knows how to punish a criminal. What happened was that Jibrin was part of them. They were hiding these things. It was only Jibrin, as chairman of appropriation committee that knows everything that happened. We did not know. We only knew that most likely they would pad this budget because since 2011 that I came into the house every year there was no year they did not pad it.

So you are saying that the allegations Jibrin made were true?

Mind you, I am not supporting Hon. Jibrin. I am supporting the allegations and I am not saying that they are true because I am not a lawyer. What I am saying is that if Jibrin made allegations against them, why can’t there be an investigation because padding is an offence.

Who do you want to do that investigations?

What is the attorney general of the federation doing? Is he not the law officer? If there is a petition, can’t he order an investigation? We have EFCC, ICPC and we have the police. What are they doing that they can’t investigate this issue. What we are just saying is let the house open this budget issue for investigation.