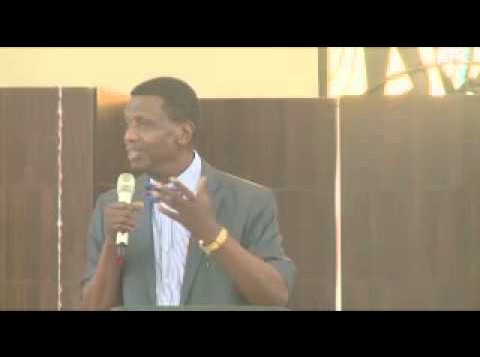 The video was recorded during the visit of Adeboye to the parish of the church where Prof. Yemi Osinbajo, used to preside over as the pastor.

When Pastor Adeboye spoke at the event, he had glowing words of praise for Pastor Osinbajo, which is exciting supporters of the APC.

Adeboye was commenting on the fact that he had not visited the church since he posted Osinbajo to head it. He said: “You know usually with your friends, you take them for granted. You want to rush to where there might be trouble spots. But when you know that there’s no problem here, you tend to forget. But once in a while, you need to know that your friend needs fellowship.”

Speaking further, Adeboye said that the last time he was in the church, it was when the former pastor was around. He said: “some of you might be thinking, maybe he didn’t come because he doesn’t like the new man. I didn’t come because I trust him, because he’s a wonderful child of God. Very wonderful child of God. Absolutely reliable. He’s one of the few Christians, one of the few sons  have that you give him an assignment and you can go to sleep, by the time you wake up, it will be done.” –AS

Watch the video below: