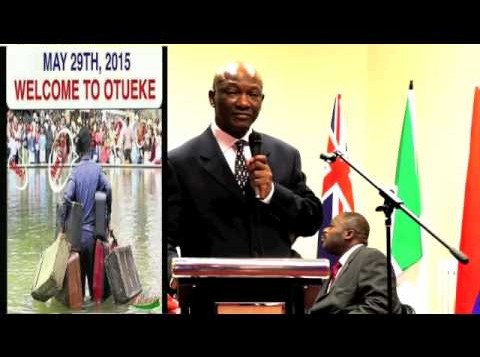 The governorship candidate of the Peoples Democratic Party (PDP), in Lagos state, Jimi Agbaje has said that violence would resume in the Niger Delta if President Goodluck Jonathan is not re-elected in 2015.

Agbaje, who was in London to talk about how he intends to govern Lagos if elected, said the violence that will erupt from the loss of Jonathan would cripple the nation’s economy.

He appears to have echoed the threat of some persons within the PDP or loyal to President Jonathan who made similar threats of violence.