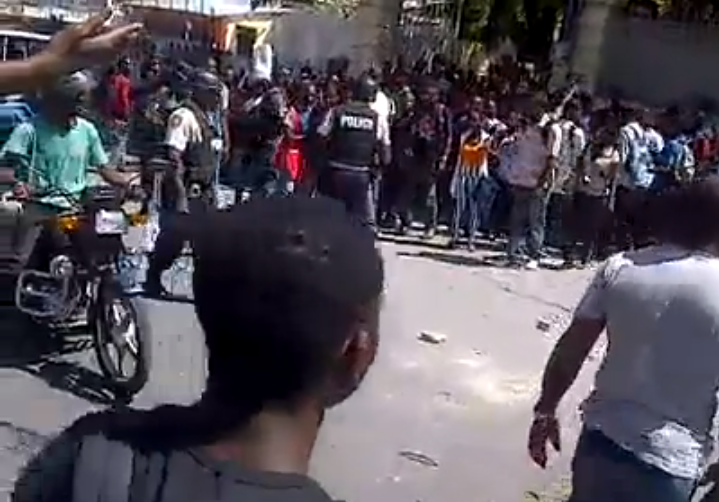 Haitian police in this video are seen seriously beating up protesting students on the street. The students were protesting conditions in school and the lack of teachers. Gendarmes in acts of police brutality, descended on them and gave them a serious beating to get off the main road. The police are even seen picking up stones and throwing at protesters before the fire shots and the crown scampers.

Haiti has recently been struck by all kinds of unrest including protests that got the Prime minister Laurent Lamothe to resign last December.