In a video on youtube that purports to show a Wahhabi cleric, Sheikh Abubakar Gero Arugungu, in a recording made while he spoke to the Emir of Yauri, Kebbi state this April, there is evidence of concerted fanatical radicalism of very dangerous proportions being pushed by Saudi petro-dollars paid wahhabi clerics in Nigeria allegedly influencing and thereby implicating the nation’s new president. 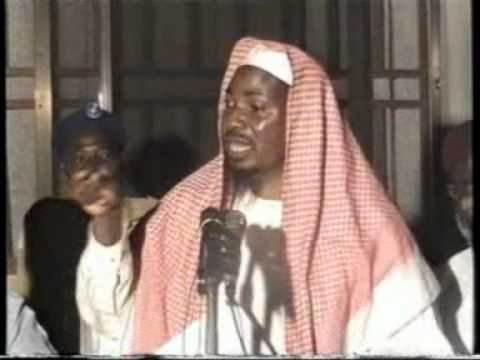 The Buhari government has been accused of perpetrating crimes against humanity by killing as many as 1000 minority Shia Muslims, recently admitting dumping at least 347 bodies in a single grave in Zaria.

In the video, the Sheikh alleged that before Nigerian President Muhammadu Buhari went to Iran for the Gas producing countries summit, they had a meeting with him on how to crush Shia Islam in Nigeria and that they advised Buhari to be careful with Iran and not to wear black.

When President Buhari returned from Iran, he invited them to the Presidential Villa and assured them that Shia is not Islam.