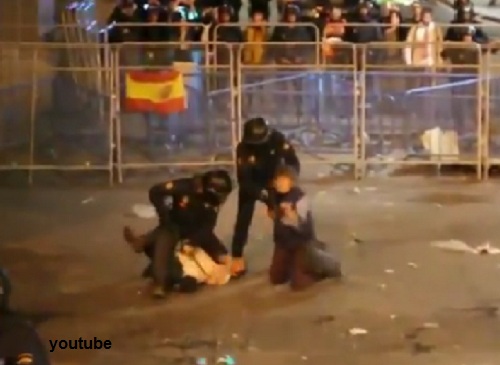 That whenever any Form of Government becomes destructive of these ends, it is the Right of the People to alter or to abolish it, and to institute new Government, laying its foundation on such principles and organizing its powers in such form, as to them shall seem most likely to effect their Safety and Happiness.

Last week, when hundreds of thousands of people in Madrid, Barcelona and throughout Spain protested, rioted, rebelled and called for the forced resignation of every one of their parliamentary representatives and the formation of a new government, the silence from global mainstream media was deafening.

With jobless rates for those between the ages of 20 and 35 exceeding 50%, further social spending measures promised by the government, and tens of billions in handouts being transferred to large financial institutions in the broader Euro Zone, those impoverished by the economic collapse of the last four years would not be silenced.

They took the streets in droves. They rushed their parliament building, forcing representatives to barricade themselves inside. They confronted their government head on. 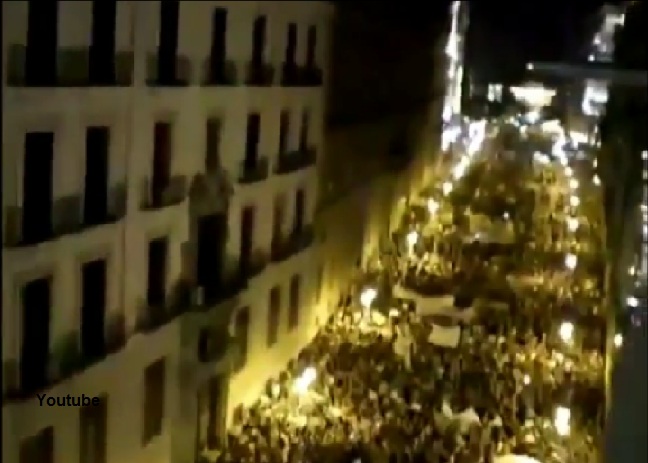 And for their transgressions, they were indiscriminately fired upon, beaten, and bloodied by riot police; men, women, young, old, it mattered not to the policing arm of the global elite.

Let this be a warning, America, because these riots will soon be making their way across the Atlantic ocean to our shores.
—

Video compliments of Alexander Higgins (with narration by Judge Andrew Napolitano) via Above Top Secret:

The people of Europe have not yet seen the full brunt of their government’s capabilities. Neither have Americans.

We need only look to the middle east for a taste of what is to come should things really go critical. As we noted during the Egyptian uprising last year, it is best to stay home once the rioting starts (graphic video), because bullets will be flying and government enforcement officials will stop at nothing to regain control.

Do not make the mistake of thinking that police or military personnel will take the side of the American people. Some may. But history and current events suggest otherwise – of course they will fire on American citizens. And if you’re caught out in the open,you’ll be on your own.

We know the US government considers those attending any anti-government gatherings, whether they be Occupy or Tea Party protests, to be activities related to domestic terrorism. For now, the police have been subdued compared to the actions of their counterparts in Europe, but so too have America’s protesters.

But when those 100 hundred million Americans dependent on government re-distributions have their benefits cut as has been done throughout Europe recently, or prices for essential goods like food and gas reach levels that make them impossible to acquire by the majority, we can fully expect a total breakdown of law and order, especially in America’s major metropolitan areas.

What’s different about America compared to Europe, however, is that our government is actively preparing for this contingency, having introduced laws through legislative action, as well as by executive order, that are specifically designed to stifle free speech in public areas, detain indefinitely and reeducate those who act against the national interests of the United States, and eliminate permanently those who cannot be pacified.

Government plans for mass casualty events are being enacted as we speak, and domestic policing forces are stocking up on riot gear and hundreds of millions of rounds of ammunition.

Are we ready for it?