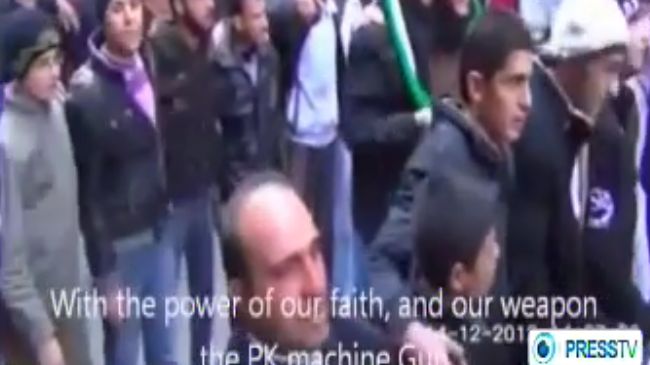 The video, which was put online Friday, shows the militants singing songs lauding former al-Qaeda leader Osama bin Laden for carrying out the 9/11 terrorist attacks on the United States.

Earlier on Friday, an explosive device went off near a mosque in the northwestern province of Idlib in the Syrian militants’ latest attack on non-military targets.

In another incident, an army checkpoint near the Syrian capital was the target of a car bombing, but there were no reports of casualties.

Syria has been experiencing unrest since mid-March 2011. Many people, including large numbers of security personnel, have been killed in the violence.