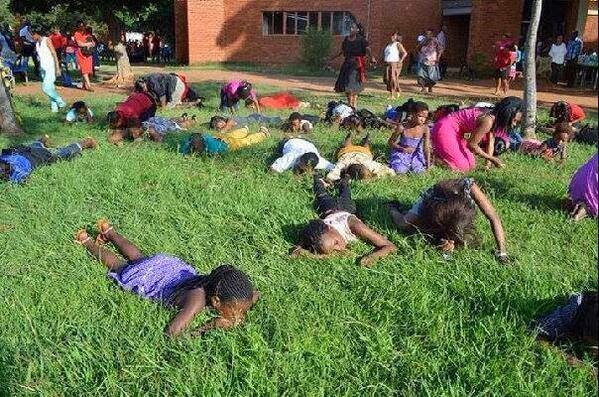 Lesego Daniel, the controversial South African pastor who first made major news when video appeared of him asking members of his congregation to eat grass, has made news yet again as video has surfaced of him telling his members to drink unleaded fuel, which he claimed to have converted to juice.

Equating himself to biblical figures like Moses and Jesus, the pastor claimed during an August service that the converted petrol can “miraculosly” cure infertility and other afflictions. “This is prophetic,” he said.

“When I command you to come you will come whether you like it or not, and you’ll do as the Word says.” the pastor furthered.

Those who sampled the flammable beverage passed around by the preacher ranged in reaction. Some asked for more, saying the drink was as tasty as iron brew or pineapple juice, and some said it tasted like blood. Others collapsed.

In January 2014, when Daniel asked parishioners to eat grass, many fell ill as a result.