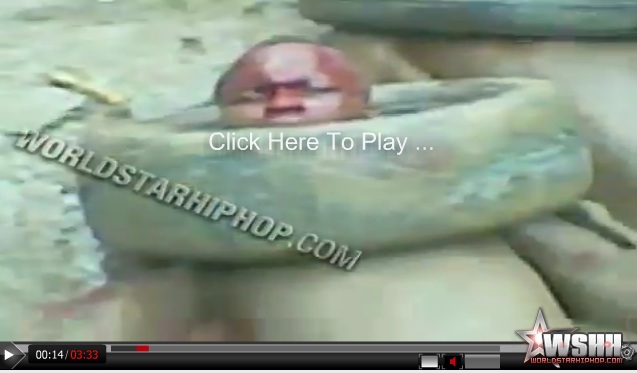 According to the article which has gone viral internationally:

How barbaric can one society be? There were some reports claiming these 4 uniport students were brutally put to death over stolen laptop & phone

“There has been several stories regarding some gruesome pictures & footage that emerged on the internet, most of these stories were half baked and this is what truly happened. The name of the victims are : Ugonna, Ilyod, Tekana and Chidiaka and the incident happened in Aluu community, a poor local community that has be ceaselessly tormented by daredevil armed robbers, these robbers kill whenever they find nothing to steal and in a more recent case, they killed a family man and molestd his daughter before them. Unable to get help from the government, the community decided to setup a vigilante group to curb the menace” – Nigeria News.