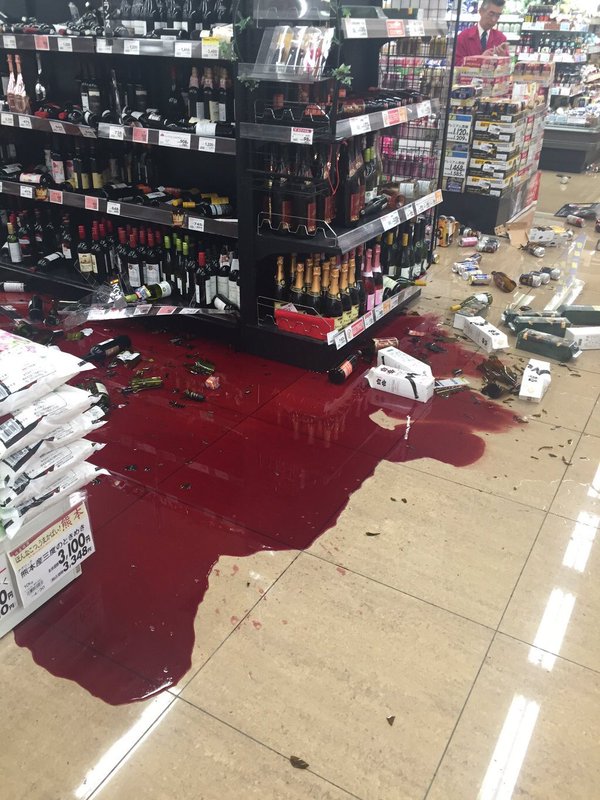 41 people have been reported dead and 90,000 have been evacuated to safer grounds after Japan experienced two earthquakes in 24 hours and continues to experience aftershocks.

Warnings of a Tsunami have been given as the aftershocks of level 1 continue. There have been at least 230 of these over the span of 48 hours.

The second 7.1 richter scale quake followed the 6.5 reading one 24 hours after.

Around the world there were 6 strong earthquakes in the space of 56 hours. Also a volcano, Mount Aso erupted in Japan; possibly linked to the earth quaking.

We reported yesterday that a leading scientist has predicted and warned about numerous earthquakes globally.