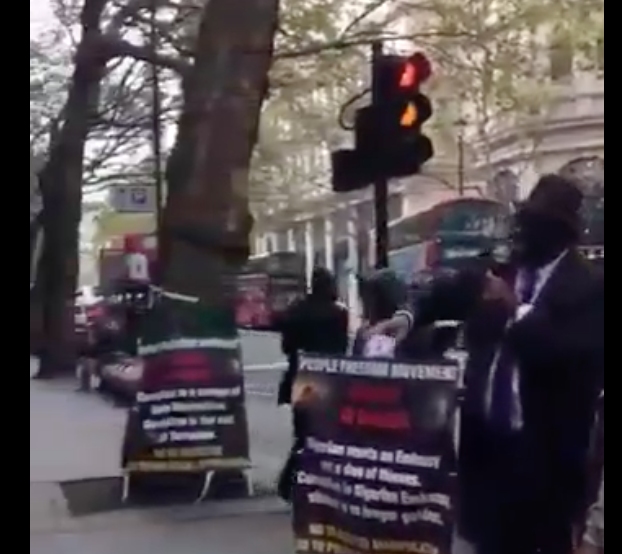 Fights and protests have broken out at Nigerian embassies in New York and London at the same time.

At the New York embassy, staff were captured on video assaulting women and foreigners and finally jumping on rights advocate Dr Brimah and beating him and seizing the phones he was using to record them.

Passports had been delayed or printed with errors at the New York embassy.

At the British embassy, Nigerians gathered and protested a lack of passports for 9 weeks.