Here is the story behind the picture above that is making Nigerians weak:

Dear Nigerian Youth who wants to die for Nigerian politicians especially that youth who will fight everyone when his political hero is criticized, come closer. I have a message for you. Inside this private jet, you will see the billionaire son Ahmed Indimi of billionaire Mohammed Indimi (he is the one in front to the right looking at the camera) who just married Zahra, Buhari’s daughter, to his left, also in front, is his brother, Maikanti, who is married to Aisha Dangote and behind them in light blue is Babagana Sherrif, he is the brother of former Borno governor Ali Modu Sheriff and he is married to president Buhari’s daughter, Halima, the one who just finished from law school. Take a second look at your destiny as the children of the politicians have already arranged their own destinies. In this photo, you will see people from PDP and APC background from different tribes from different states but they are all united because the elite are all one big family. So before you die for your APC or PDP hero, rethink your life. Nobody send you o… 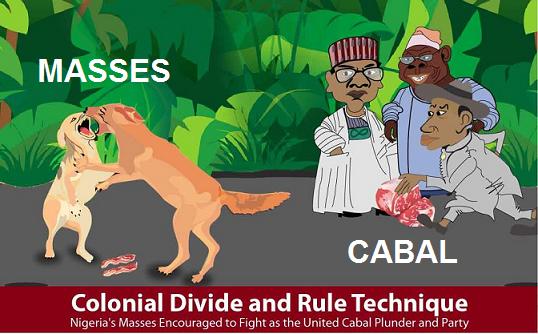 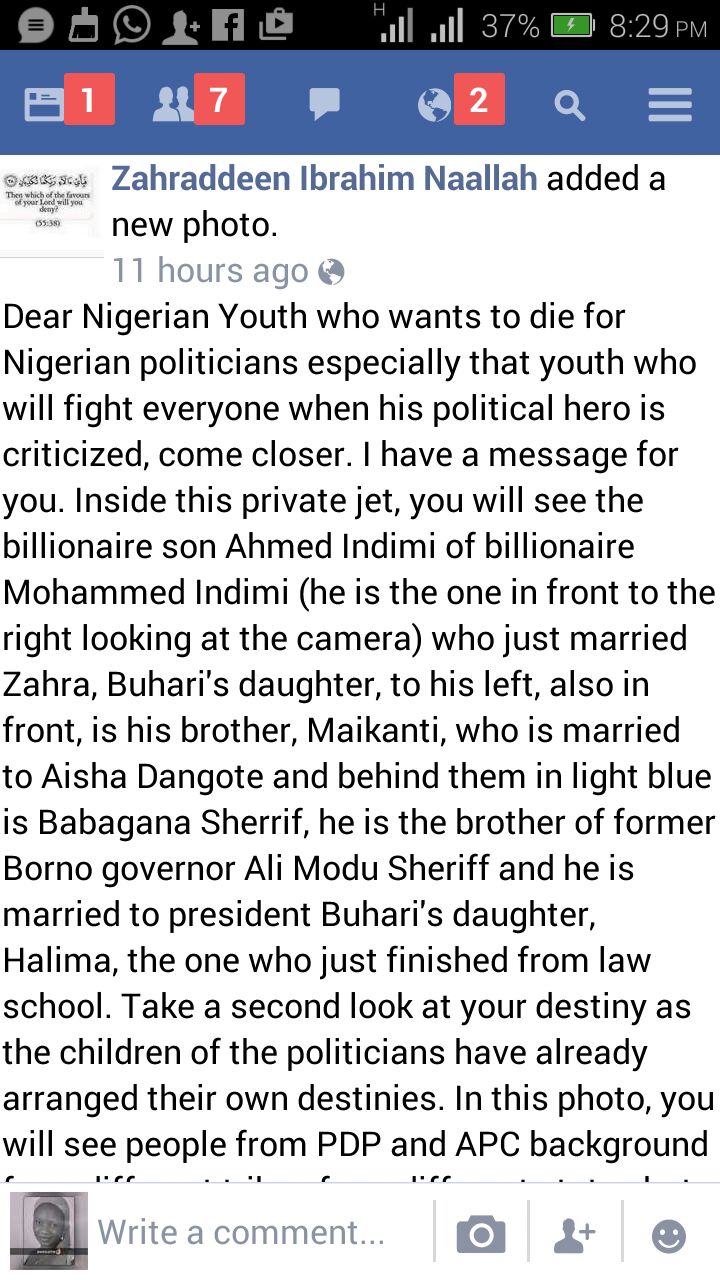 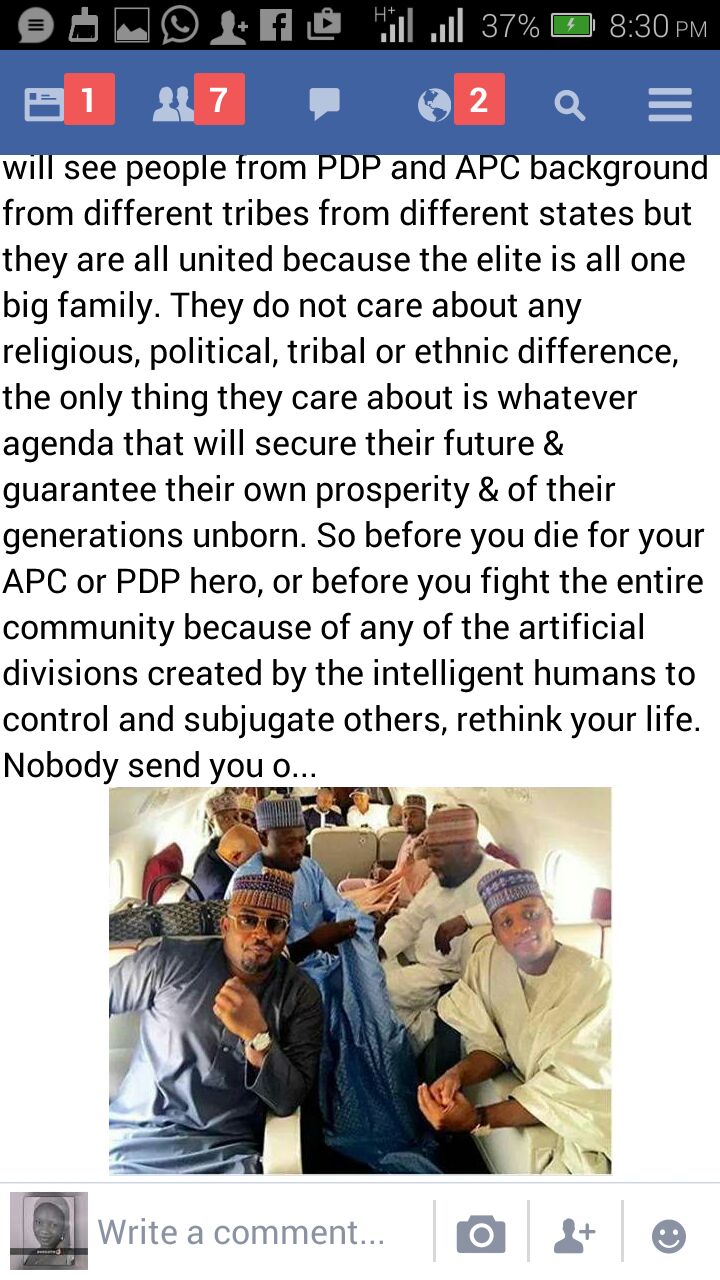