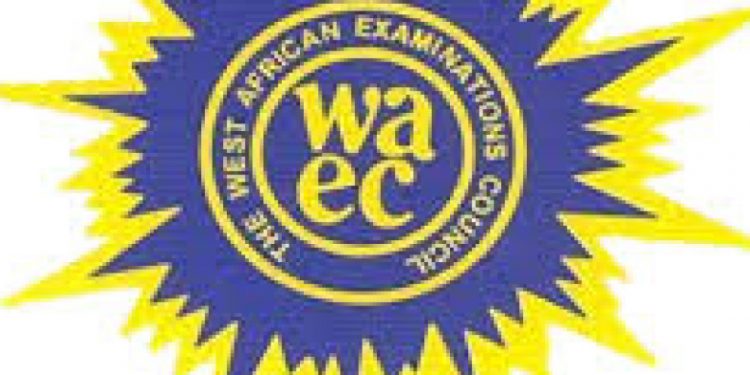 A female Muslim candidate writing the current examination of the West African Examinations Council (WAEC), Khadijat Eniola Anisere was assaulted by a female supervisor of WAEC at Egan Grammar School, Igando, Lagos State. The incident occurred while candidates were taking biology on Friday, 2nd September, 2016 between 9.30 am and 12 noon.

The WAEC supervisor who was shuttling from one center to the other arrived the center and entered the examination hall where the Muslim girl was seated among many other candidates, clad in hijab. She approached the hijabite and ordered her to remove her hijab. Khadijah pleaded that hijab was her mode of dressing as a Muslim. She further pleaded that she would feel totally naked if she removed the head cover.

Obviously enraged and determined to enforce her illegal command, the WAEC supervisor yanked off the hijab from the poor girl’s head. Khadijah, whose examination was already interrupted, burst into tears. She cried throughout the rest of the examination period and was unable to continue taking the examination. The incident was reported by members of the Muslim Rights Concern (MURIC) at the human rights desk in Igando Police Station by 10 am on Saturday, 3rd September 2016.

MURIC strongly condemns this wanton assault on an innocent female Muslim teenager. It is most bizarre, highly barbaric and totally deplorable.

This is a hate attack and a blatant act of Islamophobia. We see it as part of a grand design to retard the progress of Muslim youths. Christian fanatics working in government agencies like WAEC have been instructed by hate preachers to create bottlenecks for Muslim youths by all possible means.

Section 38 (i) & (ii) of the 1999 Constitution of the Federal Republic of Nigeria not only grants freedom of religion but also stipulates its practice and manifestation. Hijab is therefore a legally recognized head cover for female Muslims. The supervisor’s order for the removal of the hijab was unlawful, unconstitutional and therefore ultra vires. The forceful removal of the candidate’s hijab constitutes assault in legal parlance.

The supervisor’s attack on Khadijah Anisere is a breach of Section 13 of the Code of Conduct Bureau and Tribunal Act (1991) which provides ‘’a public officer shall not do or direct to be done, in abuse of his office, any act prejudicial to the rights of any person knowing that such act is unlawful or contrary to any government policy’’

For whereas the African Charter on Human and Peoples’ Rights, Article 4, Clause 1 & 2 affirm that “Human beings are inviolable. Every human being shall be entitled to respect for his life and the integrity of his person”, the WAEC supervisor chose to derobe the innocent Muslim girl in public.

MURIC demands justice for Khadijah Anisere. Nigerian Muslims will not fold their arms and watch their daughters dehumanised by Christian fanatics. WAEC must identify this extremist supervisor and discipline her. People like her are responsible for series of religious crises that have resulted in loss of lives and destruction of properties worth billions of naira. What Nigeria needs most today is peace and stability and our public institutions cannot afford to create unnecessary tension at this point in time. We assert that justice is the soul of peace and whoever denies one can never enjoy the other.

We therefore demand a public statement from WAEC on the supervisor’s identity and the official reprimand failing which WAEC should blame itself for the reaction of Muslims. Nigerian Muslims also want to know what palliative WAEC has in store for the innocent girl who was rudely disturbed during the biology examination. Will she fail biology?

We also appeal to the Federal Ministry of Education to restrain examination bodies from imposing anti-Muslim rules on registration guidelines.

Here lies the real anatomy of terrorism and religious violence. Fanatical officials use their positions to victimize Muslims everyday in Nigeria. The natural corollary can only be likened to smoke from fire.

Nonetheless, we appeal to Muslims throughout the country to remain calm and law abiding as WAEC and the Ministry of Education take steps to address the matter. We advocate dialogue in place of spontaneous or premeditated violence. Muslim youths are warned not to take the law into their hands.