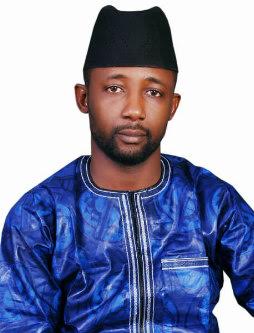 He rode on the crest of an unprecedented goodwill and the collective endorsement of the masses of the people. He was embraced by almost the entirety of the people of sokoto state who braved the prowess of a serving government to practically hole him out of obscurity, rejection, political oblivion and financial incapacitation and gave him their mandate freely and graciously to govern them on a platter of gold. For those who know, not even the goodwill recently handed over to President Mohammadu Buhari can equal the love and sacrifice the people of sokoto gave the then politically emasculated former deputy governor of the state, Aliyu Magatakarda Wamakko.

On both occasions, when the Governor’s election was annulled by the courts, the people invaded the tarmac of the Sultan Abubakar International Airport Sokoto and practically ‘arrested’ the Aircraft that conveyed the governor and forced it to park before it reached its final parking position and welcomed their darling governor. That was how much the people showed their affection and concern to their beloved leader even when none of it was on his prompting. All the above has now become history as Wamakko has exhausted his constitutional tenure as governor but the people of sokoto were not done with him yet; they rewarded him with a Senatorial seat to boot.

Primitively, Wamakko’s emergence as the flag bearer of the People’s Democratic Party for the 2007 gubernatorial in the state was more or less considered by many as opportunistic. He was initially the gubernatorial candidate of the then All Nigeria Peoples Party (ANPP) but having lost courage and confidence in his own abilities and to elude an imminent defeat, Wammakko maneuvered his way into the then ruling People’s Democratic Party and hijacked the party’s ticket from Alh. Mukhtar Shagari, who later became his deputy governor. As such, Wamakko became the beneficiary and product of an unfair and corrupt electoral process. Courtesy of President Obasanjo’s electoral manipulations.
Since he emerged as governor in 2007, there has been series of disappointments on the side of the electorate while those giving him benefit of doubt were left seething with rage.

Nature itself advocates the principles of reciprocity.  True, Wamakko initially started with policies and programs that were hugely seemingly popular either in concept, intention or blurred comprehension of a society that blindly chose to ‘follow the leader’ as they say in the west. But as his character started to unbundle itself, those who could comprehend started getting apprehensive sooner than later. Having swallowed the thorny path of the eight year reign of the ex-governor, the people of the state were suddenly confronted with a series of some unpleasant parting gifts which form the thrust of this piece. These are, by no means not even remotely exhausted below.

Top on the plan was a dubiously scripted agenda anchored on a crude welfarist system which seek as well as captured and exploited the vulnerable nature of a society that was not only educationally backward, religiously sanctimonious but more importantly, economically on the brinks. This is akin to the ‘winner takes all and the rest take the crump syndrome’ and unfortunately, the ‘rest’ have ultimately turned out to be the masses of the people who provided both the crest and ladder with which the leadership rose to the top. These included throwing of wads of naira to the people on the streets in a free-for-all manner which often resulted in injuries and sometimes fatalities to the weak and the elderly, without any qualms. This is in addition to pauperizing the people by lining them up in queues to collect tokens in often dehumanizing and dangerous atmosphere with undesirable consequences.

A dubious project which has remained an open scam is the so-called independent power project which has gulped billions of naira but has remained where it started since 2008. The project which was supposed to bring power to the people has ended up becoming a conduit pipe for siphoning the collective resources of the people’s common wealth. An idle, motionless, big for nothing white elephant has been left fallow on the fringes of Arkilla town for Sakkwatawa to serve as a nostalgic reminder for having faith in one man!

Just few months before the government winded up, the priced forest reserve landscape of the state capital was ruthlessly ransacked and openly decimated. These reserves that have provided leisure and shelter against desert encroachment for dozens of years were suddenly distributed to sidekicks of the outgoing ‘emperor’ as ‘appreciation’ for a deserving partnership and the rest of us were left at the mercy of the ever encroaching almighty Sahara desert; yet another parting gift for our support and understanding.

Where the parting ‘gifts’ really became contagious was when the whole of sokoto woke up without a single drop of pipe-borne water and the town simply became a scrambling battle field for the spice of life and shylock water vendors took over the city and dictated both the price and quality of the essential commodity. This was just two weeks to the hand over date and the reason was the refusal of the government to pay PHCN a paltry amount of not more than fifty million naira owed to it by the water board, an amount severally expended when dignitaries were invited to launch several phantom projects.

Yet another parting gift that seemed to have come from the blues was the sudden attempt to desecrate our renowned and averred religious and traditional institutions that have been standing for more than 200 years.  A fiat order was suddenly decreed transferring two of the most senior traditional rulers in the state to junior districts, a practice that could endanger the peace and tranquility of the state in general. Despite appeals from all over the country, the outgoing Governor ensured that these rulers vacated their Palaces less than twenty four hours to the handover of power to his successor. The vexatious issues concerning youth un-employment, immorality and the destruction of the civil service in both mien and structure will remain in the negative memory of all the people of Sokoto State.

But in all of this, the Wamakko boys are applying a certain defense mechanism to limn him as the best governor Sokoto State ever had; they claimed he’s the most loved and popular politician in the political history of our time. This is in spite of the fact that their claims aren’t supported by the facts on ground. What we hear them say now is that Wammakko is and will remain the best performing governor ever in the history of the State. They seem to forget that the people of Sokoto are wiser and more oriented as they thought.

Apparently afraid of the nemesis of their misdemeanors and taking into consideration the ongoing onslaught against corruption and corrupt government officials – precisely ex-Governors – by the current anti-corruption regime of the non-nonsense President Muhammadu Buhari, they have now shifted to cheap blackmail and finger pointing as an instrument of defense.
It has now becomes pellucid that the presidency will not favor anyone in its hostility against corruption and as such, things are not quite going well for Wammakko and all those having skeleton in their closets.

Fortunately, Wamakko has thrown away his goodwill and paved the way for his own failure; the table has now turned against him. He has lost favor, his political miscalculation has landing his jet in the midst of confusion and his political survival is therefore no longer guaranteed.
All these and other acts of Wamakko have undoubtedly exposed him from all flanks. And those who are crying wolf will discover, sooner or later, that propaganda cannot win the heart of the people. It can only make them to become more wary of the ways of those who deceive them.