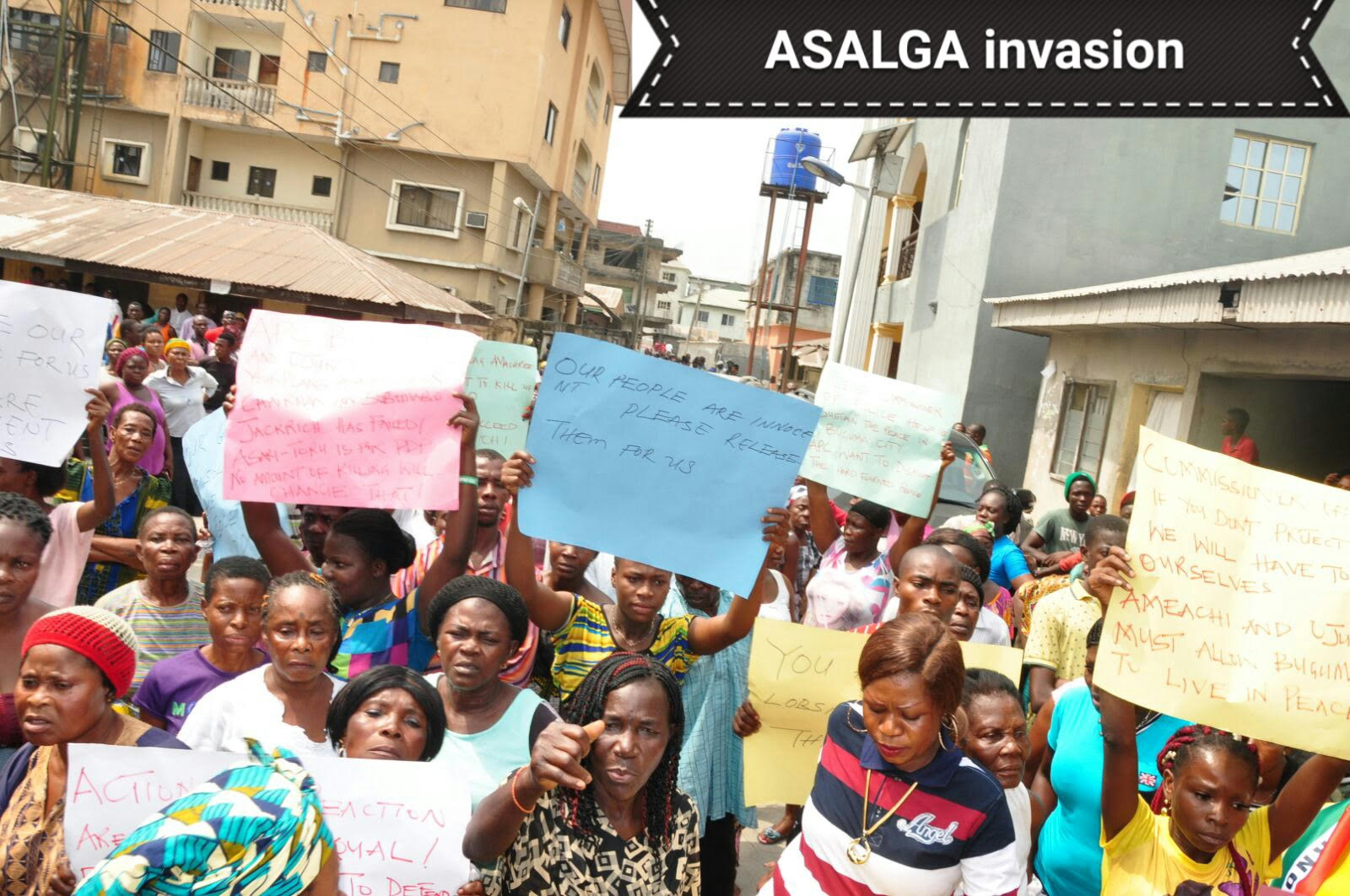 By Akanimo Sampson,
Port Harcourt
A LOW-intensity political war is raging in Rivers State, a major oil and gas state in Southern Nigeria, with the Internally Displaced Persons (IDPs) growing.

All Progressives Congress (APC), the governing party at the centre, is making everything humanly possible to snatch the state from the jaws of the Peoples Democratic Party (PDP).
Scores of citizens are being displaced by the aggressors, and property valued at millions of naira are being destroyed. The armed security forces appear to be partisan in what is playing out in Rivers at the moment.
This obviously state-inspired terrorism is coming ahead of the re-run legislative elections for the National  and state House of Assembly  in designated  constituencies.
Three local government areas  in the state are so far affected by this worrisome acts of terrorism. These are Gokana (Ogoni), Asari-Toru (Kalabari), and Ogba/Egbema/Ndoni (Orashi).
Those who know better say one recurring  decimal  on the attacks in the three local government areas is that one Major  Mustapha, of the Nigerian Army,  features  in all of them.
Mustapha is alleged to be a pro-APC  military officer. He was the star witness of  APC in the state during the  Election Petition Tribunal which sat  in Abuja, the country’s capital city.
In Asari-Toru on January 6, Mustapha  with a team of armed security forces personnel, allegedly invaded the homes of the Caretaker Council Chairman, Ambassador  Sobomabo Jackrich, killing and destroying valuables. Around five persons were killed, and 50 youths and women abducted and taken to Port Harcourt.
In Bua Yeghe in Gokana, the same show of force played out with troops of the Army major attacking the home of Chief Solomon Ndigbara, a former  Niger Delta agitator.  They allegedly burnt  his home, before abducting his wife and 70 other youths. The home of Chief Ndigbara  in Port Harcourt,  was also attacked.
On January 13,  a combined team of soldiers  and mobile policemen  were in the Orashi political bloc where they unleashed mayhem  on lives and property. Residents of the area are still counting their losses.
Eye-witnesses say the armed security forces were accompanied  by  known APC  functionaries.