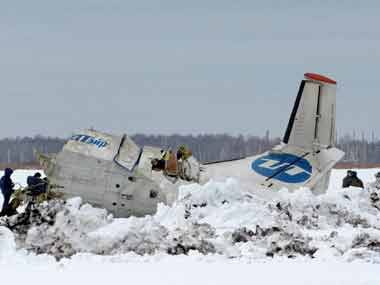 Daesh terrorists have released a video claiming to have shot down a Russian passenger airline that went down in the Sinai, killing all 224 passengers and crew onboard.

While this claim and video has not been confirmed by global security agencies, the mid-air breakup of the plane suggests internal or external explosion.

The Airline Owners Have Claimed The Plane Was Most Evidently Bombed

The Russian passenger jet that crashed in Sinai, Egypt, must have been damaged by a force in flight and couldn’t have just broken apart, the airline of the ill-fated Airbus A321 said. Kremlin spokesman Dmitry Peskov has urged an end to speculation until the investigation is complete.

“It would be wrong to articulate any preliminary guesses or voice statements that are not based on anything,” said Dmitry Peskov, the spokesman for the Russian president, on Monday. “Let the investigators produce at least some results first.”

The crew of Kolavia Flight 7K9268 was apparently disabled before the aircraft started its rapid descent and crashed in the Sinai Peninsula on Saturday, Viktor Yung, deputy director of the airline told the media on Monday.

“As the catastrophic incident started to develop, the crew members were rendered completely incapable. This explains why they didn’t attempt to contact air traffic and report the incident happening on board,” he said.

The airline doesn’t believe human error could have been the cause of the disaster either, citing the experience of its captain and other crewmembers.

“We are certain that neither technical malfunction nor pilot error” can be blamed for the disaster, Aleksandr Smirnov, who supervises the company’s fleet, said.

The company believes that serious structural damage by an external force may have caused the crash.

“The only possible explanation is a mechanical force acting on the aircraft,” Smirnov said. “There is no combination of system failures that could have broken the plane apart in the air.”

The company gave assurances that the crashed Airbus had passed all necessary tests, including a check for metal fatigue in 2014, an inspection that must be done every six years.

The head of the Russian aviation authority, Aleksand Neradko, said Kogalymavia’s statements are “premature and not based on real facts.”

“There is much work to be done to study the debris of the aircraft and the data of the flight recorders,” he told Rossiya 24 news channel. “The debris is indeed spread over a large area indicating that the plane fell apart at a high altitude. But speculating on the cause is premature.” RT